What To Expect From Kawasaki At The Tokyo Motor Show 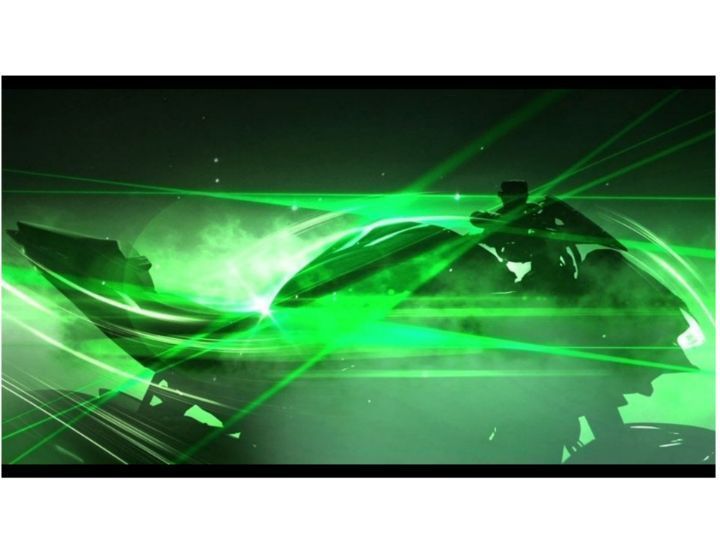 For the last few weeks, we’ve been up to our necks in Kawasaki rumours, with everything ranging from a new supercharged bike to an electric quadricycle to existing models being updated for next year. Very soon most of our questions are going to be answered, with the Tokyo Motor Show kicking off next Wednesday. Kawasaki has already confirmed that it will be unveiling two motorcycles in Tokyo, so let’s take a look at what we can expect from the green camp when things get underway:

Let’s start with what we know for sure - the Kawasaki ZH2. The hype is through the roof for this motorcycle, because once it is launched, it will stand in a class of its own. The only supercharged naked motorcycle in the world. It is expected to be a naked streetfighter version of the fully-faired H2 supercharged sportsbike. If the wait is just too much for you, we’ve managed to get our hands on pictures of the motorcycle being transported to the show.

We can see the Kawasaki trademark Sugomi design language, with mean-looking low slung twin-LED headlights and a small flyscreen. The body panels are awash with cuts and slashes, and also in plain sight is a sleek TFT display. What we can’t see, though, is the supercharged 998cc inline-four cylinder engine. In the H2, this motor churns out an eye-watering 243PS (with Ram air) and 141.7Nm. If the ZH2 has numbers anything like this, it will comfortably be the most powerful production naked motorcycle in the world, bettering Kawasaki’s own Z1000 by a mammoth 101PS.

Looks to kill, more power than POTUS, and a chirping supercharger soundtrack for company. We can’t wait.

While the ZH2’s spot in Kawasaki’s lineup for Tokyo is confirmed, the second slot has some uncertainty hanging over it. There are a number of Kawasaki models that are being updated for 2020, and we expect one of these to feature alongside the ZH2 at the green stall in Tokyo. Chief suspect is the Ninja 1000, with this model being suspiciously absent from Kawasaki’s recently released 2020 model lineup.

This tells us that the bike is being updated for next year, and this has now been confirmed with recently released documents from the California Air Resources Board. These papers affirm that the model is being updated for 2020 with a new engine code, and will be Euro 5-compliant. Going on the basis of the recently updated Ninja 650, we also expect the 1000 to get other upgrades such as a fully-digital instrument cluster with Bluetooth connectivity. We can expect a new look that will fit in with Kawasaki’s recently introduced design language that kicked off with the Ninja 400. This could mean new horizontal twin-LED headlamps as well.

The Ninja 1000 has sold reasonably well in India, thanks to it being a good value for money sports touring package. It will be interesting to see exactly what updates Kawasaki brings to the bike, and whether these updates help it continue its strong sales form.

Kawasaki’s naked Z650 is another contender for the spot alongside the ZH2 at Team Green’s stall in Tokyo. Its fully-faired sibling, the Ninja 650, has just been updated with a fresh new look, and we suspect it has also become Euro 5-compliant in the process. We expect the Z to get the same treatment too.

This means we can look forward to LED lighting, reworked styling, a cleaner engine and also a fully-digital instrument cluster with Bluetooth connectivity. We also hope Kawasaki throws in the grippier Dunlop Sportmax D214 rubber recently introduced on the Ninja 650 too.

While the Z650 and erstwhile ER-6n have been popular models for Kawasaki in India, stiff competition has arrived recently in the form of the Royal Enfield 650 twins. These updates to the Z650 should help give it a new lease of life and make it a more well-rounded, up to date package.

While Kawasaki’s 2020 Ninja 250 has already been leaked ahead of the Tokyo Motor Show, there could be another very exciting 250cc offering coming soon. Yes, we’re obviously talking about the rumoured ZX-25R. The grapevine is rife with rumours about a 250cc inline-four cylinder engine putting out as much as 60PS! While today’s little sportsbikes are mostly singles and twins, this Ninja harks back to the crazy small capacity multi-cylinder sportsbikes sold in the Japanese domestic market in the ‘80s and ‘90s. Not much else is known about this bike but it is possible that Kawasaki could showcase it at the Tokyo Motor Show, so let’s keep our fingers crossed.

The Tokyo Motor Show is only half the story, with Kawasaki expected to unveil a further three new bikes at EICMA in a few weeks’ time. One of these has been confirmed as a W800 variant, and as for the other two, we’ll bring you more news soon. All will be revealed when Kawasaki holds its press conference at 5:45am (IST) on Wednesday morning. Stay tuned for more updates.