Kawasaki Updates Portfolio With New Colours and Features For 2020 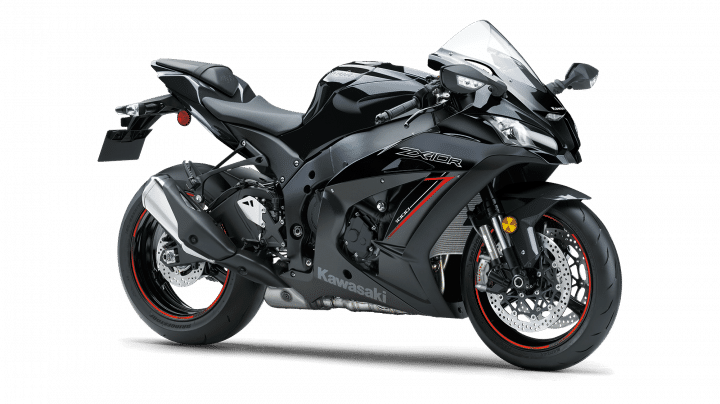 Most manufacturers are in the process of revamping their existing lineup in the runup to the Tokyo Motor Show and EICMA. Kawasaki is one of them, and has now revealed its 2020 portfolio which includes a tonne of new colour options and a couple of new goodies on select motorcycles. We’ve already seen the ZX-10R, Ninja 650, Ninja 400 and the Z400 in their 2020 avatar, however, there were a bunch of other motorcycles in the pipeline that have been showcased now.

To begin with, Kawasaki’s entire supersport range which consists of the Ninja ZX-14R, ZX-10R and ZX-6R get new paint options. It’s a similar story with the H2 series. The Kawasaki Ninja H2, H2 Carbon and the H2 SX SE+ have also been upgraded to support smartphone connectivity and the new Rideology app.

The Rideology app allows riders to access vital information about the bike using their smartphone. One can even keep a detailed log of the ride (available on select models) that can be played back for review, along with the route for your journey, distance and time traveled. When synced, the instrument panel can also display notifications for calls or emails. For added convenience, the app allows riders to tweak certain settings like the rider modes, electronic rider support features and payload settings of the bike’s suspension even before they get onto it.

Moving on to the Versys range, Kawasaki seems to have understood that its trademark green colour scheme isn't for everyone's taste buds. So the brand has now introduced a new white paint scheme for the Versys X-300 and its elder sibling, the Versys 650.

The Vulcan S, on the other hand, isn’t just limited to new colours. In fact, the company now offers the 2020 model with “ERGO-FIT” adjustability options. While the India-spec model already gets a 3-step adjustable footpeg, Ergo Fit offers different adjustments to the bike’s seat, footpegs and handlebar to accommodate riders of all sizes. There are 18 possible configurations to play with, ranging from reduced to extended reach. The Vulcan S ABS is available in Metallic Black and Metallic Matte Gray colour options.

Kawasaki will gradually launch the Ninja ZX-14R, ZX-10R, Vulcan S and the Versys range in India over the course of next year, like it has done in the past. However, we expect the manufacturer to commence pre-bookings of all CBU models from this year itself. The Kawasaki Z650 and the Z900 which haven’t been showcased are likely to be revealed at the Tokyo Motor Show.

The cherry on the cake is Kawasaki’s four-model lineup for the upcoming Tokyo Motor Show. Rumors suggest that the brand will have four new models on display, one of which is likely to be the four-cylinder ZX-25R that’s been a hot topic lately. While the ZX-25R is still an uncertain affair, we can tell you that the Japanese manufacturer will be taking the wraps off the all new ZH2 - a supercharged litre-class streetfighter that will blow your socks off! The Kawasaki Z650 and the Z900 which haven’t made the cut are likely to be revealed at the Tokyo Motor Show.