The new BS6-compliant iteration of the naked has been unveiled and the changes aren’t just skin deep! 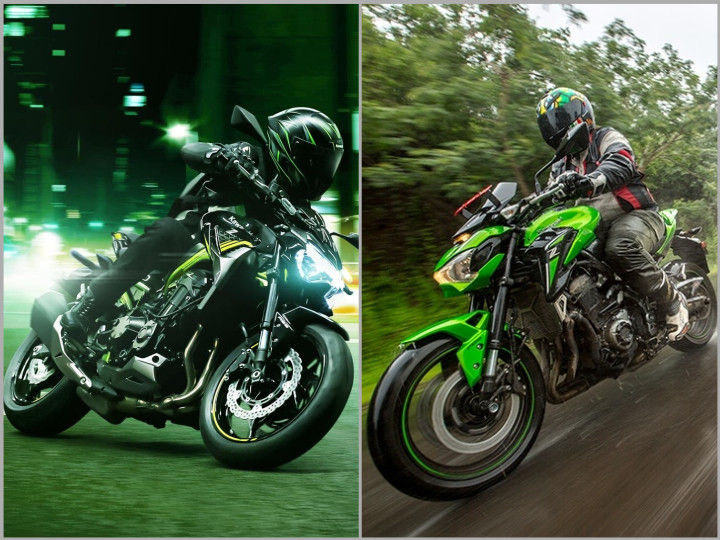 Kawasaki recently unveiled the 2020 Euro 5/BS6-compliant Z900 in India. The new-generation motorcycle made its global debut at EICMA 2019 in Milan, Italy. Apart from complying with new emission norms, Kawasaki has equipped the motorcycle with a whole list of features to make it a much better package and here are the differences between the old one and the new bike:

The biggest talking point about the BS6 compliant variant of the Z900 is its electronics suite. This is a much-welcomed feature as the BS4-compliant version lacked any form of electronic aids apart from the standard dual-channel ABS.

The new bike comes with four rider modes: Rain, Road, Sport and Manual. This should help offer riders the confidence to push the bike a bit more than they normally would without electronics. Plus, there are two power modes too. The Low mode limits the total power output to about 55 per cent whereas the Full mode gives you all 125 horses to play with. To keep the rubber side down, the bike gets a three-level traction control too.

Makes the same power and torque as the BS4 model:

Kawasaki has managed to make the engine run cleaner without compromising on either the power or torque. The BS6 model makes the same output as the BS4 bike, with a peak power of 125PS at 9500rpm and 98.6Nm of torque arriving at 7700rpm. The 948cc, inline 4-cylinder, liquid-cooled motor works in conjunction with a 6-speed transmission with assist and slipper clutch, which were present in the previous generation model too. Even the gear ratios are the same in both the bikes.

At 212kg, the new bike weighs 2kg more than the old one. Another interesting aspect is that the Euro 5/BS6 model is, in fact, less fuel-efficient than the Euro 4/ BS4 bike. The new bike returns a claimed efficiency figure of 17.5kmpl whereas the older model returns 18.18kmpl.

The older generation motorcycle made do with a semi-digital instrument cluster with a sporty-looking carbon fibre finish in the background. But now, the BS6 bike features a full-colour TFT screen, which also comes with smartphone compatibility.

The system works in conjunction with Kawasaki’s smartphone app called “Rideology”, one can access a number of features like call/message notifications, navigation and display settings. The new bike also gets additional buttons on the left handlebar for navigating between the menus and fiddling with the bike’s electronics. It looks similar to the one on the Kawasaki Ninja ZX-6R and these buttons aren’t present in the BS4 bike.

Also, while the older model gets bulb indicators and a halogen headlamp, the lighting system in the 2020 model is all-LED.

The BS6 Kawasaki Z900 as well as the BS4 model ride on 41mm inverted fork and a rear monoshock - both with spring preload and rebound damping adjustability. Brakes include a pair of 300mm petal discs up front with four-piston calipers and a 250mm petal disc at the rear.

While the older model was equipped with Dunlop Sportmax D214 tyres, the new one rides on Dunlop Sportmax Roadsport 2 tyres for better grip and handling. That said, the sizes of the tyres have remained unchanged -- 120-section up front and 180-section at the rear.

What about the dimensions?

Though Kawasaki has kept the trademark Sugomi styling more or less the same, the brand appears to have tweaked the chassis quite a bit. The new bike sits 15mm higher above the ground and not surprisingly, the seat height is also a whole 25mm more. Even the trail has been increased by 7mm, and the wheelbase by 5mm. These two changes should theoretically make the new bike a bit lazier in corners but a little more stable on the straights. However, we’ll be able to judge that better only after we get our hands on the bike.