It is expected to launch in India around early 2021 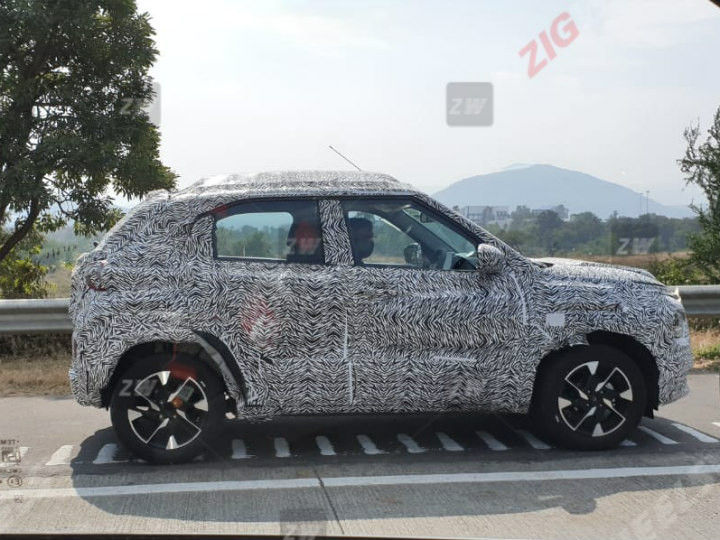 Tata’s upcoming HBX micro-SUV has been doing the rounds lately, with test mules spotted multiple times. While the previously spied prototypes were heavily camouflaged, the latest set of spy shots give a better look at the front-end. And thankfully, it's similar to the concept that was showcased at Auto Expo 2020 in February.

Tata Motors had hinted that over 80 per cent of the HBX’s concept would carry over to production, and it has kept its word on that. It features an SUV-esque upright stance, with a similar split-headlamp setup and slots for LED DRLs running along the bonnet. That said, the test mule does peg down on the ruggedness over the concept, but it's still pretty chunky. Other highlights include split-four-spoke dual-tone alloy wheels (possibly 16-inches).

Cabin shots are yet to surface, but it's likely to remain similar to the concept. Expect features like a multi-function steering wheel, instrument cluster and floating touchscreen infotainment system from the Altroz hatchback as well as a Harman sound system, keyless entry with push button start and climate control. Safety kit could include ABS+EBD, dual airbags, and rear parking sensors.

Powering the Tata HBX could be the Altroz’ 1.2-litre, naturally petrol engine that makes 86PS and 113Nm. Transmission options are likely to be a 5-speed manual and an AMT gearbox. While a diesel engine won’t be on offer, an all-electric option utilising the Nexon EV’s Ziptron powertrain could be on the cards.

Expect Tata to reveal the HBX’s real name soon enough, with launch in the country around early 2021. Since it will sit below the Nexon in the carmaker’s lineup, expect prices to start from Rs 5.5 lakh (ex-showroom).  Once launched, it could go up against the likes of the Maruti Suzuki Ignis and Mahindra KUV100 NXT.