Tata HBX Will Be Officially Called The ‘Punch’, Will Launch This Festive Season 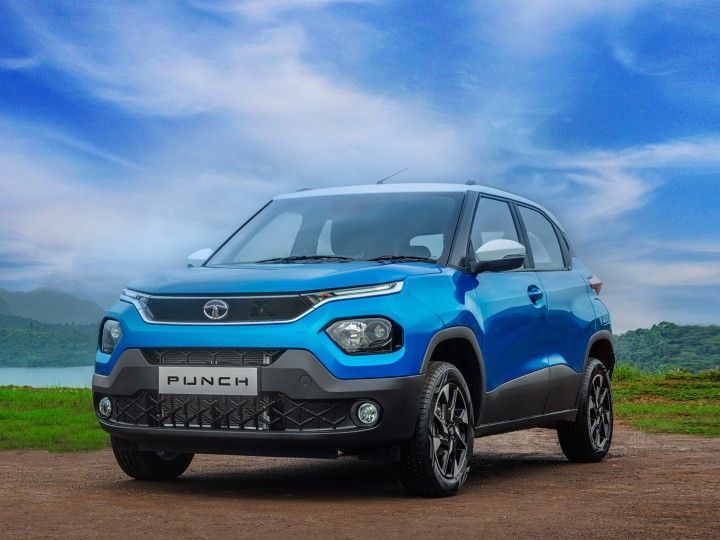 Tata Motors  has unveiled the HBX -- which debuted at Auto Expo 2020 -- in its production avatar and named it the ‘Punch’. The micro-SUV is set to launch this festive season as the carmaker’s newest entry-level SUV, positioned below the Nexon. More importantly, the Punch seems to have lived up to its name with the punchiest of first impressions, and we’ll look at what they are.

On the outside, you’ll notice straight away that the Punch borrows certain design elements from the Harrier. The upright fascia with the split-projector headlamps and the DRLs running along the bonnet are reminiscent of the Harrier. Elements like the tri-arrow mesh on the air dams and grille are very much similar to the Nexon.

Like the concept, the SUV’s got a rugged stance with dual split -four-spoke dual-tone alloy wheels (possibly 16-inches) and black cladding running all over the body. Other highlights include a blue body shade with contrast white on the roof. Tata hasn’t released a rear shot, but the teaser images reveal similar taillamps to the concept.

The Punch is set to have Tata’s familiar 1.2-litre naturally aspirated petrol engine sitting under the hood. It makes 86PS and 113Nm, and can be specced with a 5-speed manual gearbox. An AMT option could also be on offer, and we could potentially get an all-electric iteration later on.

The Tata Punch’s festive season launch timeline means it could go on sale around October 2021. Prices are likely to start from Rs 5.5 lakh (ex-showroom) onwards and will rival the Maruti Suzuki Ignis and Mahindra KUV100 NXT, and the upcoming Hyundai AX1.