The HBX will get elements such as the floating infotainment, semi-digital instrument cluster and steering wheel from the Altroz 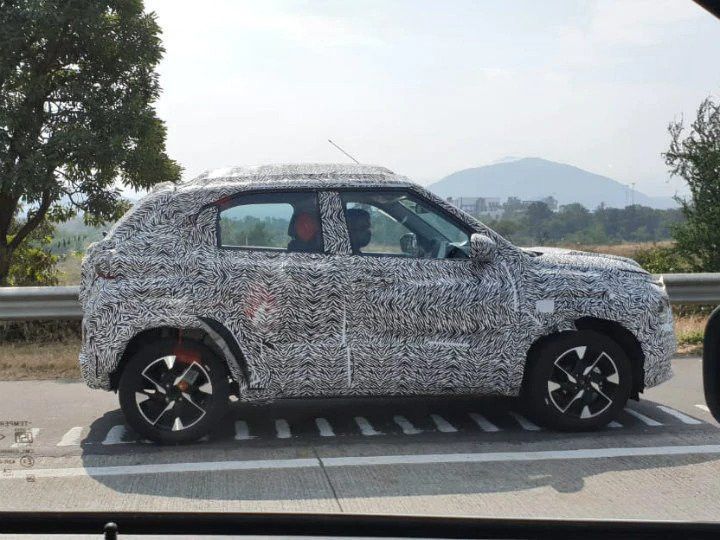 As we inch closer to the launch of the Tata HBX, which is expected to happen later this year, more details are surfacing. New spy shots of what looks like a production-ready model have now given us a closer look at the cabin of the micro SUV. Earlier spy shots have also revealed a split headlamp setup with slots for LED DRLs and four-spoke dual-tone alloy wheels.

The overall layout of the cabin looks quite similar to the concept showcased at the Auto Expo 2020. Some elements like the flat-bottomed steering wheel, floating touchscreen infotainment system, climate control knobs, and the instrument cluster are borrowed from the Altroz. The small compass placed on the concept’s dashboard has been done away with and the bronze inserts on the steering wheel have been replaced by dark grey inserts.

The spy shots also confirm some more features such as USB charging ports, climate control, cruise control, and push-button start/stop. We expect the speaker slots to be filled with a Harman audio system and safety duties to be handled by dual airbags, ABS with EBD, and rear parking sensors.

We expect the HBX to be powered by a 1.2-litre petrol engine mated to a 5-speed manual gearbox. Recently, we had also spotted an automatic variant, which we expect will be an AMT. The engine, which is seen in the Altroz, puts out 86PS and 113Nm. A diesel engine is unlikely to be part of the lineup, but an all-electric powertrain can’t be ruled out.

Currently named HBX, expect Tata to announce an official name for the model soon. It will lock horns with the Maruti Suzuki Ignis and Mahindra KUV100 NXT and is likely to be priced from Rs 5 lakh (ex-showroom) onwards.