Reports claim Honda might unveil it as early as next year 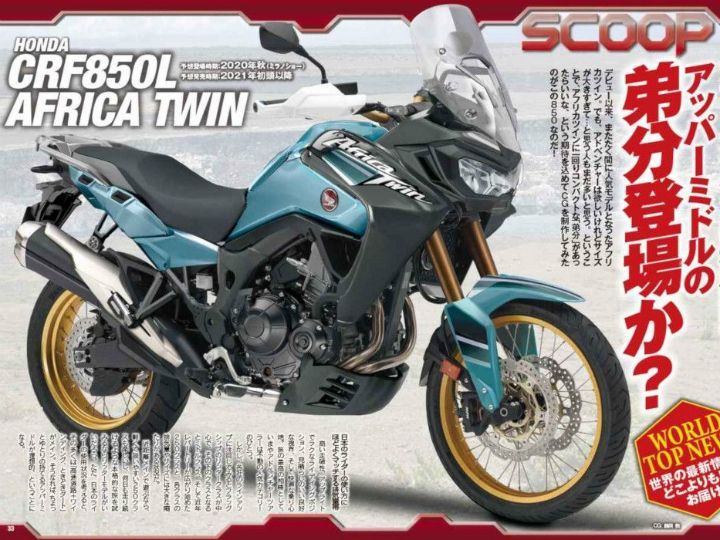 We’ve known for a while that Honda will be introducing a bigger, more powerful Africa Twin in the near future. Now, it seems that the Japanese company will also be introducing an 800-850cc iteration of the bike. The talks of a smaller Africa Twin have been floating around since late 2017 but there has not been much meat to the story until now.

The recent report suggests that the mid-capacity adventure-tourer will pack a downsized 800-850cc parallel-twin engine. It is also expected to carry similar components as its elder sibling i.e 21-inch front wheel, similar suspension setup and almost the same set of features. What remains to be seen is if Honda will equip the baby Africa Twin with the dual clutch transmission (DCT) unit.

Above is a rendering of how it might look like. It doesn’t seem like Honda will tinker around with the design. It’ll most likely sport the same purpose-built design as the CRF1000L, albeit in a less muscular package. We also expect the mid-capacity Africa Twin to be lighter than its bigger sibling, which should make it more adept at off-roading!

As far as when can we expect to see it in flesh? Online reports suggest that Honda might showcase it at next year’s EICMA show and launch it in the following year i.e 2021. Yes, we do expect it to arrive in India in the same year. In terms of pricing, we expect it to come with a price tag of around Rs 10 lakh (ex-showroom).

It goes without saying, but a downsized Africa Twin would make it more accessible for new buyers. Not to mention, it will also serve as a more affordable alternative in the mid-capacity ADV segment, especially compared to the Triumph Tiger 800, BMW F 850 GS and the upcoming KTM 790 Adventure.