From a moped in scrambler guise to a full-fledged adventure tourer. Here’s what you can expect from Honda at the Tokyo Motor Show 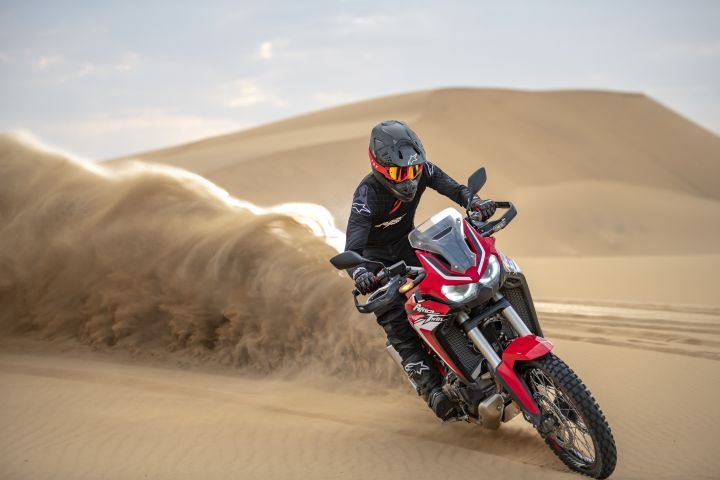 We hope you enthusiasts are early risers as one of the biggest motor shows this year is about to kick off at 5am (IST) tomorrow morning. The Tokyo Motor Show will see some of the top dogs, including Honda Motor Co.,Ltd. Suzuki and Kawasaki, showcase their products. Here’s a quick look at what Honda has in store for us.

A moped in scrambler guise:

We’ve already covered Honda’s CT 125 Concept earlier, but this tiny little moped’s about to make its way to the Tokyo Motor Show and all set to yell bloody murder while it’s at it. The CT125, which is essentially a mix of a Grom and a Super Cub, can trace its roots back to 1964 when Honda’s lineup primarily consisted of mopeds modified for light off-road use. Consequently, the CT100 is light, packs a fuel-injected 124.9cc single-cylinder motor and gets some nifty off-road elements  like a scrambler-style exhaust, a large luggage rack at the rear, wire-spoke wheels and knobby tyres.

Apart from Honda’s moped on steroids, the brand will also unveil two new electric scooters which have been designed and built for B2B (business to business) transportation. The Benly e is a conventional electric scooter while the Gyro e adds an extra wheel at the rear, making it a unique electric three-wheeler. Both scooters feature two portable batteries and a fully-digital instrument console. The Gyro e makes its purpose pretty clear with the addition of a flatbed at the rear meant for hauling goods.

The company’s official press release states that it will be showcasing the ADV 150 at Tokyo Motor Show. The scooter was unveiled at the Gaikindo Indonesia International Auto Show (GIIAS) a couple of months ago. While the off-road themed scooter isn’t as hardcore as its elder sibling, the Honda X-ADV, its equipment list suggests that it could easily take on some light trails. Long-travel suspension, dual-purpose tyres, petal discs at both ends, single-channel ABS, rugged body panels and a powerful 150cc motor should tell you a thing or two about the scooter’s capabilities.

Speaking of ADVs, the Japanese manufacturer will also display the 2020 CRF1100L Africa Twin with Dual Clutch Transmission. It gets a bigger 1084cc parallel-twin engine which results in more power. Topping this off are updated electronic rider aids and a new colour touchscreen dash with Apple CarPlay. Oh, and the motor meets Euro5 emissions standards too! Honda’s engineers have also made its semi-double cradle chassis stiffer and lighter than before. As a result, this massive ADV that used to weigh 236kg with DCT, is now 6kg lighter.

Will any of these bikes or scooters come to India? Highly unlikely, except for the 2020 Africa Twin which should be launched early next year.