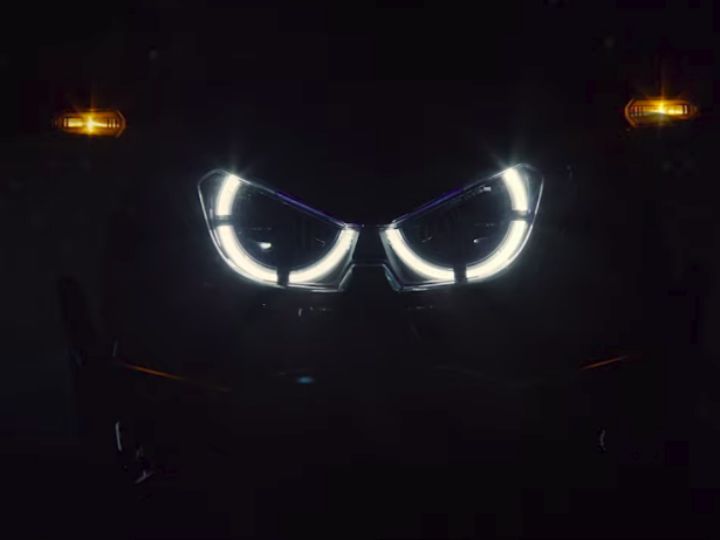 Honda has shared a teaser video of its upcoming 2020 Africa Twin on its social media handles. Apart from highlighting the all-new headlamp unit, the video also confirms that the bike maker will unveil the bigger and more powerful Africa Twin on September 23.

Thanks to some leaked patent design images, we already know how the upcoming Africa Twin looks like. Along with an updated design, Honda has also tweaked the double cradle frame. While the swingarm seems to be a bit different compared to the previous-gen motorcycle, the wheelbase remains the same at 1,575mm.

However, the biggest change in the new Africa Twin is its powerplant. To meet the stricter emission norms abroad, Honda has increased the engine capacity of the parallel-twin motor from 998cc to 1084cc. With this increment in size, the motor is expected to belt out 102PS, which is around 11PS more than the older-gen Africa Twin that is sold in the international market. Moreover, it's almost 15PS more than the India-spec motorcycle! Internationally, the Africa Twin is offered in two transmission options -- manual and DCT. But the Japanese bike maker will only bring the DCT version to our shores. What else can we expect from the upcoming Africa Twin? Head here to know.

As far as its India launch is concerned, the 2020 Africa Twin might come to our shores by next year bearing a price tag of around Rs 15 lakh (ex-showroom), which is around Rs 1.5 lakh more than the current model. And for that extra sum, you get a powerful, (slightly) lighter and a capable off-roader with tonnes of features, which seems to be a pretty sweet deal to us.

On a side note, there’s also a very feisty naked motorcycle coming to India all the way from Austria on that same day! Any idea what it is? Hint: it’s known as the “Scalpel”. Does it ring any bells?