It is expected to be powered by a 1.2-litre Dual Jet engine or the more powerful 1.0-litre BoosterJet unit. 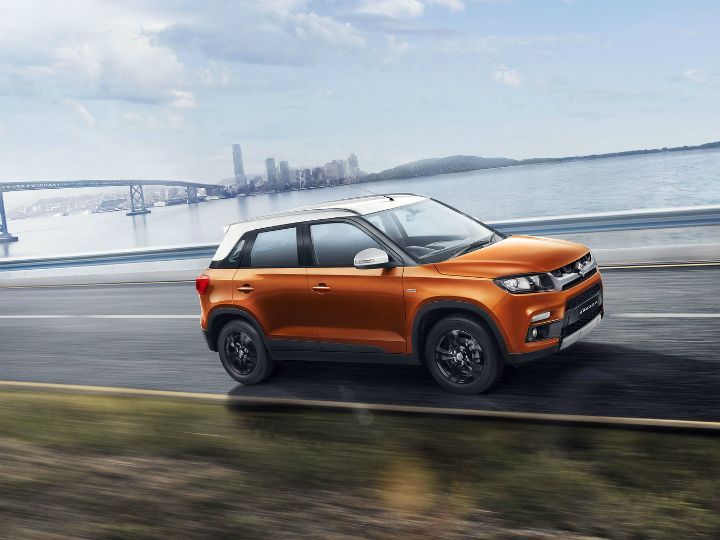 The Vitara Brezza getting a petrol heart doesn’t come as a surprise as Maruti Suzuki had already announced its decision to part ways with diesel engines rather than updating them to comply with the upcoming BS6 norms. We had earlier reported that the Vitara Brezza is likely to get a 1.2-litre Dual Jet petrol engine from the Baleno and now we have some more dope on its launch. Maruti Suzuki is expected to launch the petrol Brezza by late August. Apart from the mild-hybrid motor from the Baleno, the Vitara Brezza might also feature the 1.0-litre BoosterJet unit that does its duty in the Baleno RS.

The 1.2-litre Dual Jet engine makes 90PS of power and 113Nm of torque in the Baleno. The more potent BoosterJet is a 3-cylinder turbocharged petrol motor which churns out 102PS of power and 150Nm of torque. It is also safe to speculate that like the diesel variants, the petrol-powered Brezza will also come with an automatic transmission. Maruti might offer the AMT transmission that is currently paired with the diesel engine or bring in a CVT, which is available in the Baleno.

The 1.2-litre Dual Jet motor is one of the most frugal petrol engines out there, thanks to the Smart Hybrid system. This engine returns a claimed efficiency figure of 23.87kmpl in the Baleno. This efficiency figure, in comparison with the 1.3-litre diesel’s 24 kmpl, seems like an acceptable tradeoff. The 1.0-litre BoosterJet, meanwhile, might be offered as a more powerful variant.

Moving on to the pricing, the Brezza with the Dual Jet motor could see a price cut, thus further enhancing its value-for-money quotient. If Maruti Suzuki prices the petrol-powered Brezza right, it might not have a hard time matching the huge sales numbers of the diesel Vitara Brezza (4 lakh units sold since its inception in 2016). The 1.0-litre BoosterJet engine, though, is expected to command a premium over the current diesel variant. Currently, the Vitara Brezza with the diesel engine is priced from Rs 7.68 to 10.65 lakh (ex-showroom, Delhi) and competes with the Ford Ecosport, Tata Nexon, Hyundai Venue, and the Mahindra XUV300.