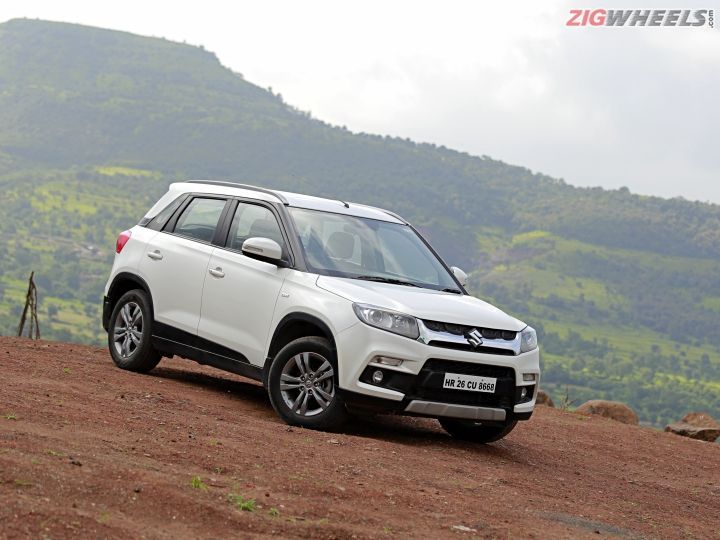 A facelifted Maruti Suzuki Vitara Brezza has been spied undisguised ahead of its launch in early 2020. The updated sub 4-metre SUV gets subtle design revisions and is expected to come with a BS6 compliant petrol engine.

Styling revisions in the facelifted Vitara Brezza include a twin slat chrome grille like the one seen on the bigger Vitara, new headlamps (possibly LED units) and a tweaked front bumper. Moving on to the side, changes are limited to new dual-tone alloy wheels that are expected to be offered as standard in top-spec variants. At the rear, we expect new LED tail lamps and a tweaked rear bumper.

The facelifted Vitara Brezza is expected to come with a BS6 compliant petrol engine. It could either be the 1.2-litre Dualjet unit (from the Baleno) or the 1.5-litre K15B engine (from the Ertiga). The Dualjet unit develops 90PS and 113Nm while the K15 engine puts out 105PS and 138Nm. Both engines are offered with a Smart-hybrid system that comes with torque boost and Auto start-stop functions. Chances of seeing the K15 petrol engine are higher thanks to its higher power output. Expect Maruti to offer the Vitara Brezza petrol with a manual and automatic transmission.

The current 1.3-litre diesel engine will not make it to the facelifted model as Maruti Suzuki won’t be upgrading it for BS6 emission norms. However, the 1.5-litre DDIS could be upgraded and be offered in a host of cars like the Brezza, Ertiga and Ciaz, provided there’s enough demand for diesel cars in the BS6 era.