More power, added features and a less expensive price tag! Here’s everything you need to know about the 2020 Kawasaki Ninja ZX-10R. 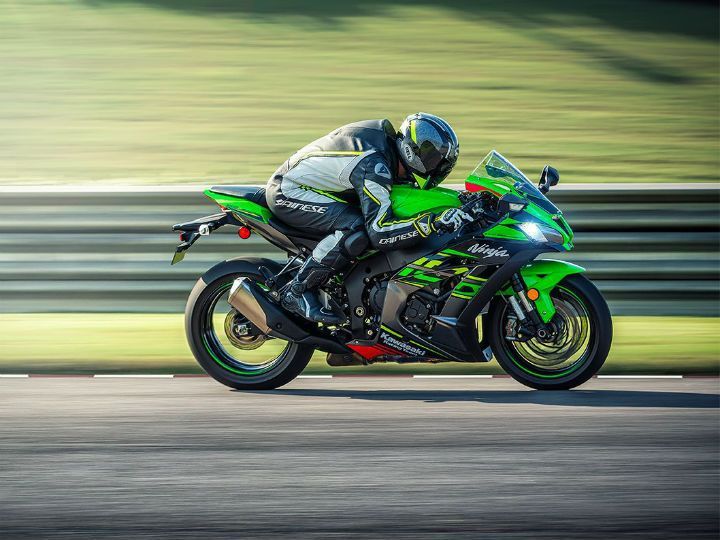 Let’s be honest. We’ve all dreamed of hopping onto a purpose-built race-spec bike and clock a few laps. Well, now you can… sort of. Kawasaki’s latest iteration of the Ninja ZX-10R claims to make a lot more power than before at an err… relatively affordable price tag! Tempted? If yes, here are the five things you need to know about the litre-class Ninja.

Closest you can get to owning a WSBK championship-winning bike

No, we weren’t kidding. The Kawasaki Ninja ZX-10R is actually the closest you can get to owning a superbike that has won multiple championships. In recent years, the Japanese bikemaker has enjoyed quite a bit of success in the WSBK circuit thanks to Jonathan Rea and his Kawasaki Ninja ZX-10RR.

Considering racetracks are the breeding ground for new developments in automobiles, the company has managed to trickle down some of its learnings from the racetrack into its mass-production road-going bikes. The 2019 Kawasaki Ninja ZX-10R is a prime example of this. Here’s why.

It makes an absolutely mental amount of power

The biggest addition here comes in the form of the new finger-follower valve actuation. Kawasaki says it has been designed by the company’s World Superbike engineers and makes for a lighter setup. To accommodate this amount of power, the Ninja gets a revised 6-speed constant mesh gearbox with a bi-directional quickshifter. Oh, and in case you forget how powerful this engine is, it gets a red-painted cylinder head cover. For fun sakes!

And comes loaded with features

There’s a ton of electronic aids to be found on the Ninja ZX-10R. This includes multiple riding modes (3 in total), traction control, launch control, cornering management function, Kawasaki’s intelligent anti-lock brake system and more. Additionally, it also gets Kawasaki’s self-healing paint technology, first seen on the company’s H2 range. While you’ll find most of these features and more on its competitors, there’s a big reason the Ninja gets an edge…

It’s the cheapest superbike you can buy!

And that’s because of its price tag. The Kawasaki Ninja ZX-10R was already the most affordable litre-class sportsbike in India. Thanks to a price cut of Rs 31,000, it is now even cheaper than before. This was done by bringing the Ninja as a CKD (Completely Knocked-down) unit, compared to the earlier CBU route. Kawasaki claims they’ve managed to do this without increasing the localisation percentage. But before you sign the dotted line, you should know that Kawasaki India sells the ZX-10R as a single-seater only.

It makes more power than most of its rivals