Both models come with a 1.0-litre turbo-petrol engine with similar power and torque outputs 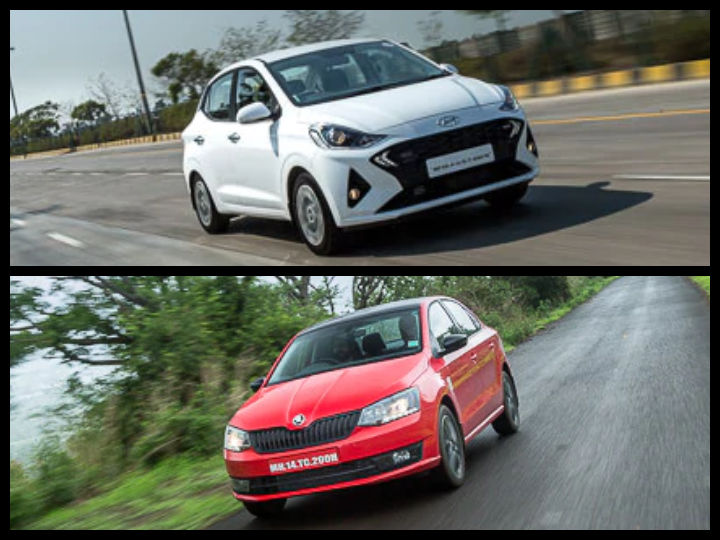 Turbo-petrol engines are becoming mainstream and two manufacturers that have integrated this technology into their product lineups are Hyundai and Volkswagen. The new 1.0-litre turbo-petrol engines found in their compact models are known for their punchy nature and can plaster a smile on your face when driven hard. In this report, we pitch the Hyundai Aura Turbo against the Skoda Rapid TSI for a performance and fuel efficiency test.

We admit this ain’t an apples to apples comparison as the Rapid is from a segment above. But the Rapid’s Rider and Rider Plus variants undercut the Aura Turbo while packing all the essentials. Don’t believe us? Click here to read our detailed specification comparison where we pitch the Rapid Rider Plus against sub-4 metre sedans.

*6-speed automatic to be introduced soon

While both models develop almost identical torque figures, the Rapid’s unit is 10PS more powerful than the Aura’s engine. The Rapid also has more gears to play with, courtesy a 6-speed manual unit while the Aura comes with a 5-speed manual transmission. And if you want an automatic transmission, you can go for the Rapid as it’ll soon be offered with a 6-speed torque converter.

That said, Hyundai’s 1.0-litre turbo-petrol engine is offered in a more powerful 120PS spec in models such as the Verna and Venue and can be had with a 7-speed DCT. But coming back to the cars on test here, the Rapid has a clear advantage.

The Hyundai Aura’s engine, while offering good performance, scores highly on the fuel efficient front as well. It’s almost 2kmpl more fuel efficient than the Rapid in urban conditions while the gap increases to a staggering 3.31kmpl on the highway. This is despite the fact that the Aura has one less gear when compared to the Rapid.

We again reiterate that this ain’t an apples to apples to comparison. But both cars are evenly matched in terms of performance. However, you may want to consider the Aura if fuel efficiency is your priority.