Hyundai Aura Launch Tomorrow: Here Are All The Details

Pretty or not, the Aura makes a compelling case for itself 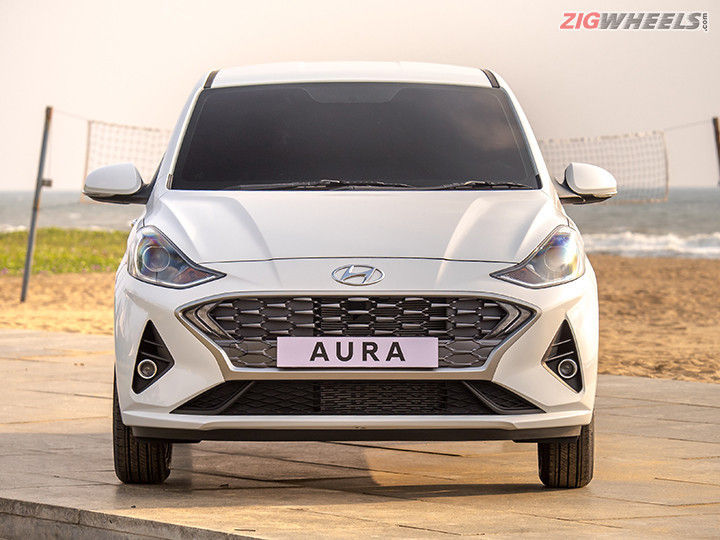 Hyundai will launch the Aura sub-4m sedan in India tomorrow. The compact car is based on the Grand i10 Nios hatchback. It will come with new BS6 petrol and diesel engines and a bit more kit than the already well-equipped hatch. We’ll know the prices of each of the 12 variants tomorrow. Expect higher prices than the Xcent’s sticker of Rs 5.81 lakh to Rs 8.75 lakh (ex-showroom Delhi). It could cost between Rs 6 lakh and Rs 10 lakh. Once launched, the Aura will rival the Maruti Suzuki Dzire, Tata Tigor, and Volkswagen Ameo.

The first thing you notice about the Aura is its more prominent grille. It is flanked by projector headlamps and fog lamps. Other than the grille and front bumper, the Aura’s front is identical to its hatchback stablemate. Changes to the profile begin at the C-pillar. It is blacked-out to give the roof a floating appearance, but it obscures the smooth transition to the boot. At the rear, the fascia resembles a 9th-generation Accord coupe.

If there is one place where the Aura is likely to get equal praise, it is the interior. Hyundai recently teased us with a shot of the Aura’s dashboard. The sedan gets all of the Nios’ features and then some others too. For one, the dashboard is a dark shade of brown instead of silver. There are more steering-mounted controls as well. Other than these two features, the Aura is expected to be as spacious and possibly more cosy than the Grand i10 Nios.

View it in the profile and the sedan’s taller stance catches your attention. Hyundai has thoroughly reworked the suspension to handle the extra bulk. The company says the suspension has been stiffened and the damper valve is tuned differently. The Aura also gets more power-steering assistance and an increased steering ratio. This will likely make the Aura even easier to drive around town.

You’ll find either of the three BS6 engines under the Aura’s bonnet. The first is an iteration of the Kappa 1.2-litre naturally aspirated petrol, good for 83PS and 113Nm of torque. Then there’s the 75PS and 190Nm 1.2-litre Ecotorq diesel, which could give the Aura an edge over its post-BS6 rivals. Both these engines will be available with a 5-speed manual or an AMT automatic gearbox.

How about that turbo petrol?

The highlight for petrolheads is the 1.0-litre T-GDI turbocharged petrol engine from the Venue. Unfortunately, it will be available in one variant in the top-spec trim, so it could have a prohibitive price tag. A manual will be the only gearbox option.

What’s different from the Xcent?

The Aura will be sold alongside its predecessor. The Xcent compact sedan is likely to be offered as a more affordable alternative to the premium Aura. While the Aura has interior aesthetics, the Xcent is on par when it comes to features. However, Hyundai may axe some variants of the Xcent to prevent cannibalism.

The Hyundai Aura is full to its stitched-on boot with kit, but we miss the simple aesthetic of the first Xcent. The Aura seems to have its features list sorted. But how does the kit come together in the driving experience? Watch this section for our first review.