Hyundai Could Introduce Additional Seven-seater Variants In The Alcazar

The SUV’s second-to-base Platinum automatic trim, currently a 6-seater, could be offered as a more practical 7-seater 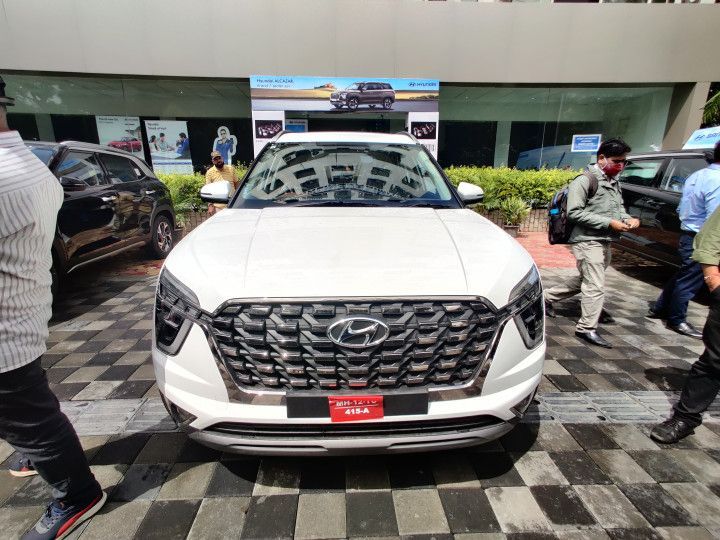 According to an RTO document, Hyundai India could introduce additional seven-seater variants for the Alcazar in the future. The Korean carmaker has registered the mid-spec Platinum (O) 7-seater for both the petrol and diesel automatic variants. Currently, the same trim is offered only as a 6-seater. As with other variants, if launched, the Platinum (O) 7-seater could be Rs 15,000 more affordable than the 6-seater.

The Alcazar is offered in a total of eight variants with prices ranging between Rs 16.30 lakh and Rs 20.14 lakh. Here’s a quick rundown of the detailed variant-wise prices:

Interestingly, the Platinum MT comes in a 7-seater layout. If the Platinum (O) 7-seater is launched in the future, it will be the only automatic variant to offer 6- and 7-seater configurations in the same trim. Also, it will be the first time the petrol-AT is being offered as a 7-seater. Currently, only the base-spec Prestige manual can be had with both seating configurations.

The Alcazar has already racked over 4,000 bookings, with select variants commanding a waiting period of up to two months. Till now, both the petrol and diesel engines as well as all the variants have received nearly an equal number of bookings. Even the ratio between automatic and manual is split at 50:50 respectively.

To know more about the Alcazar’s engines, design, and interior, head here to our detailed image gallery. The SUV locks horns with the Tata Safari, MG Hector Plus, and the upcoming Mahindra XUV700. Our first drive review of Hyundai’s latest SUV is dropping on June 25. So stay tuned.