Entry-level BMW Sedan Gets A Launch Date For India

The 2 Series Gran Coupe sedan, which made its global debut a year ago, is finally coming to India 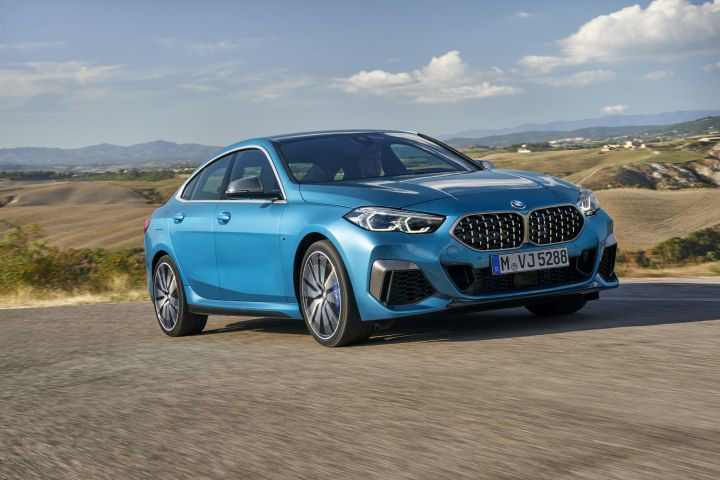 BMW unveiled the 2 Series Gran Coupe sedan in October last year to serve as its latest entry-level sedan. Almost a year later, it’s finally coming to India, with BMW announced October 15 as the launch date for the sedan. Based on the 1 Series hatchback, the 2 Series GC will sit below the 3 Series to make it BMW India’s new entry-level sedan. Here’s what to expect:

The 2 Series Gran Coupe is largely similar to the 1 Series it is based on with the highlight being the trademark kidney grilles and LED headlamp setup. But there are some differences in the form of a more aggressive front bumper. Other highlights include a sloping roofline, dual-tone alloy wheels, sleek LED tail lamps and dual exhausts.

On the inside, the cabin sports a clean design that is borrowed from the 3 Series sedan. It comes loaded with features like a 10.25-inch touchscreen infotainment system, ambient lighting, a head-up display, Apple CarPlay, a panoramic sunroof, powered front seats, connected navigation, BMW digital key as well as a parking assistant. It even features driver assists like lane departure warning, active cruise control, lane change warning, rear collision warning and cross traffic warning.

BMW offers the 2 Series Gran Coupe with a choice of two petrol engines and a diesel motor in various international markets. The India-spec model is likely to be offered in two variants: 218i petrol and 220d diesel engine options initially. Here’s a more detailed look at the engine output of these variants:

Although the more powerful M235i XDrive variant is unlikely to be launched here anytime soon, buyers can spruce up their car with add-ons from BMW’s M Performance bin. These include bits like carbon fibre elements inside-out, an M Performance steering wheel, M Performance brakes, and lightweight alloy wheels.

BMW could price the 2 Series Gran Coupe around the Rs 35 lakh (ex-showroom) mark. While it might not have any direct rival at launch, it will take on the likes of the upcoming Mercedes-Benz A-Class sedan (bookings open) and the Audi A3 in the near future.