This India-bound BMW 2 Series Is The Kind Of Entry-Level Car We Could Live With! 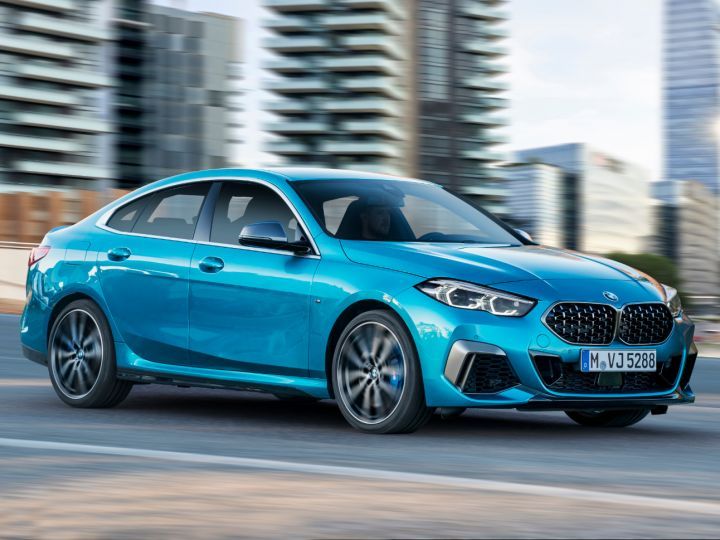 The Mercedes-Benz CLA and the Audi A3 have enjoyed success in India being the most affordable way to get a three-pointed star or four rings in the garage. But what about a propeller monogram in the same segment? BMW had no such offering in this space. Until now. The Bavarian carmaker has just taken the wraps off the 2 Series Gran Coupe and -- gasp -- it should be in India by 2021! Just like its competitors, the 2 Series GC is also based on a hatchback—the BMW 1 Series. The premium compact sedan will be available with three engine options and all of them are Euro 6dâ€‘TEMP, which means cleaner than BS6-compliant units. Let’s take a look at the upcoming model in detail.

Visually, the 2 Series’ fascia looks identical to that of the 1 Series thanks to the identical kidney grilles and LED headlamps. However, the sedan comes with a different bumper that is more aggressive-looking. On the side, the 2 Series profile is dominated by several swooping lines that lend it character. It also comes with dual-tone alloys that look premium. At the rear, it comes with sleek LED tail lamps and an aggressive bumper while dual exhausts top off the look.

Inside, the 2 Series’ dashboard looks identical to the 3 Series sedan, which is a good thing. Design highlights include a premium digital driver’s display and a 10.25-inch infotainment system that can be operated via the touch interface or the i-DRIVE controller. Stripes of ambient lighting are also present to up the ante.

Under the hood, the BMW 2 Series will come with two petrol engines and one diesel unit. Take a look at the detailed specification of each engine below:

And to ensure you take this small sedan seriously, BMW has bestowed the M235i with its most powerful four-cylinder petrol engine. It also comes with a mechanical Torsen limited-slip differential (LSD), M Sport steering, M Sport brakes as well as launch control to enhance your driving experience. Besides, there is an M Performance version that adds a host of sporty bits to the 2 Series. This includes a swathe of carbon fibre elements on the inside and outside, an M Performance steering wheel, M Performance brakes, and lightweight alloy wheels.

BMW will showcase the 2 Series at the upcoming Los Angeles Motor Show in November. The car is expected to go on sale in international markets in early 2020 while it is expected to come to India by 2021. When launched, we expect BMW to price it in the Rs 32 lakh to Rs 37 lakh range (ex-showroom), which will put it right in line with the Mercedes-Benz CLA and Audi A3.