Unveiled at Auto Expo 2020, the upcoming sedan could soon be the new entry point for a three-pointed star ownership 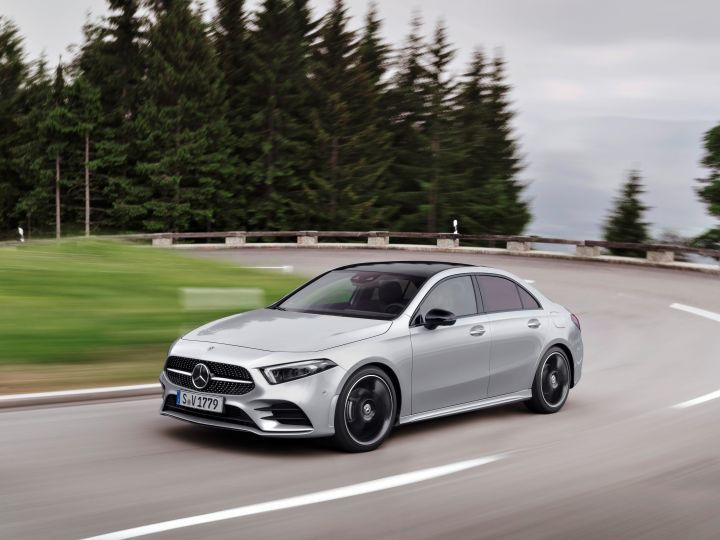 Shortly after Mercedes-Benz India revealed the A-Class Limousine at Auto Expo 2020, the carmaker has commenced bookings for the sedan for Rs 2 lakh. In addition to this, sources within dealerships have revealed that the A-Class sedan could launch around July 2020 at prices starting upward of Rs 40 lakh (ex-showroom). It will be available in standard trim as well as sportier AMG variants.

On the outside, the A-Class sedan features bits such as a front fascia with curved surfaces, a minimalist grille and wraparound LED headlamps. In profile, while the sedan features a more upright roofline, it still remains a proper five-seater. It will come with five exterior color options.

Feature highlights in the A-Class sedan include a dual-screen layout and the latest MBUX infotainment system with navigation, Mercedes Me connected car tech and voice command. It also gets equipment such as a panoramic sliding sunroof, dual-zone automatic climate control, electronically adjustable seats with memory function and wireless charging. Safety features include a reversing camera, lane keep assist and seven airbags. As is the case with the exterior, the carmaker will offer five interior upholstery options.

Under the hood, it has been revealed that it will be powered by 2.0-litre BS6-compliant petrol and diesel engines. It is yet to be known what engine will power the AMG variant. Expect detailed figures to be revealed as the launch date gets closer.

Dealer sources have also revealed that deliveries for the sedan are likely to commence after August. Once launched, the A-Class sedan will take on the likes of the Audi A3 sedan.