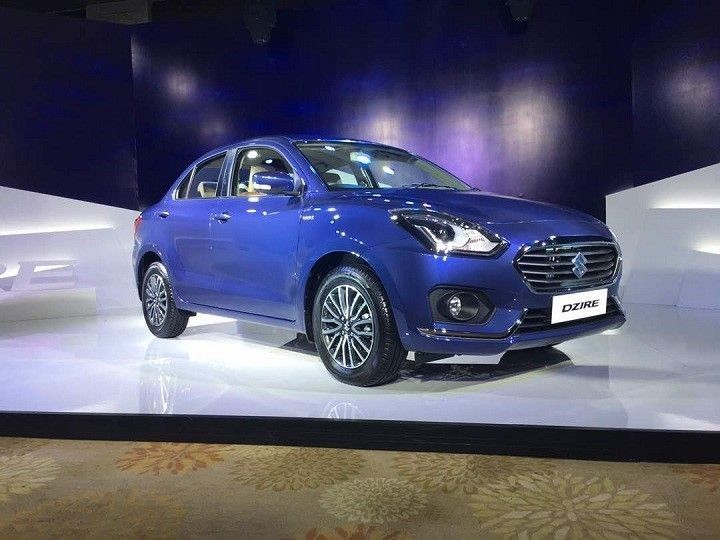 Maruti Suzuki recently unveiled the third-generation Dzire and is all set for its launch on May 16, 2017. Meanwhile, official bookings for the same have already begun at dealerships across the country for a token amount of Rs 11,000. If booked today, Maruti Suzuki dealers in Delhi are reporting a possible delivery date of 3 weeks from the launch (for the diesel variants). The current-generation Dzire leads the segment in sales and Maruti Suzuki expects to extend it even further with the new model.

The new Dzire is based on the new lightweight ‘Heartect’ platform, which helps it reduce up to 105kg over the existing Swift Dzire. Based on the upcoming new-generation Swift, the Dzire gets a complete makeover but retains the quintessential Swift/Dzire DNA. The fascia features a new hexagonal grille with a thick dose of chrome and LED projector headlamps with LED daytime running lamps (DRLs).

At the rear you get a slightly more proportionate boot with new tail lamps with LED light guides. The new Dzire also features new 15-inch alloys wheels with dual-tone finish now. Maruti is further offering new colours with the Dzire and it will be now available in Oxford Blue, Sherwood Brown, Gallant Red, Magma Gray, Silky Silver and Arctic White.

Step inside and be ready to be pleasantly surprised at the redesigned cabin, which has become roomier now. The new Dzire’s wheelbase has gone up by 20mm and the width by 40mm, making it a whole lot more spacious! The new Dzire will get a flat-bottomed steering with ‘burl’ wood insets, a 7.0-inch touchscreen infotainment unit with various connectivity options, reverse parking camera with sensors, automatic climate control and rear AC vents. The boot capacity has also gone up by 60 litres and now can hold 376 litres of luggage.

The new car will retain the same engine options as the outgoing model - a 1.2-litre petrol producing 88PS and a 1.3-litre diesel that puts out 75PS. Both the motors will be offered with a 5-speed manual and 5-speed automatic manual transmission (AMT) gearbox - which will be offered from the mid-spec variants. The current-gen Dzire is priced between Rs 5.27-8.58 lakh, ex-showroom Delhi, and we expect the new one to cost Rs 20,000-25,000 more than their respective variants. Maruti Suzuki has also added top-of-the-line ZXi+/ZDi+ variants to the new-Dzire lineup and we will have to wait till the official launch on May 16, 2017, to see how the carmaker prices the same.

All New Dzire: Five Things You Should Know