It’s expected to be based on the MT-07 platform 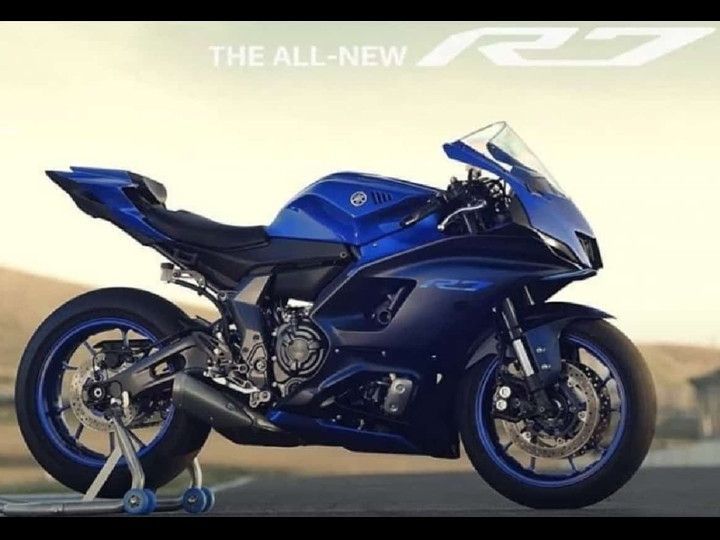 Yamaha is all set to launch its new mid-displacement sportbike, the YZF-R7, tomorrow i.e. May 18, 2021. Everything had been kept under wraps until recently with only a teaser video released via the company’s official YouTube channel, however, images from the bike's photoshoot have now been leaked online giving us a closer look at its design and features.

The Yamaha R7 will replace the YZF-R6 which was discontinued last year owing to the strict emission regulations. Though the R7 carries over the predominant R styling from Yamaha’s sportbike range, it gets a unique identity with a sharper fairing and a single-pod projector headlamp tucked inside the ram-air intake. The headlight is flanked by twin LED DRLs which look sharper than its predecessor. The windscreen too appears to be taller, enabling a better tuck position.

The side fairings have also been completely redesigned with massive scoops redirecting hot air away from the rider’s legs. Same goes for the fuel tank and tail section, which look more audacious compared to the outgoing R6. Everything comes together beautifully with Yamaha’s signature blue paint scheme.

As for the powertrain, the Yamaha R7 is expected to be based on the same platform as its naked sibling, the MT-07. As a result, it’s likely to be powered by the same 689cc parallel-twin engine which makes 73.4PS and 68Nm -- enough power to keep you engaged. For the R7, however, expect a slightly different state of tune, with power figures closer to the 80PS mark. That would put it almost on par with the Triumph Trident 660.

The hardware is expected to be derived from the MT-07 as well, although with an adjustable USD fork and monoshock.

Yamaha’s re-entry into the mid-displacement segment is no coincidence considering its growing popularity with the launch of bikes such as the Aprilia RS660 and the Kawasaki Ninja 650.

Its entry into the Indian motorcycle segment is, however, uncertain at the moment since Yamaha hasn’t given much thought to bringing its parallel-twin CP2 family to the country. We are hoping this changes with the R7.