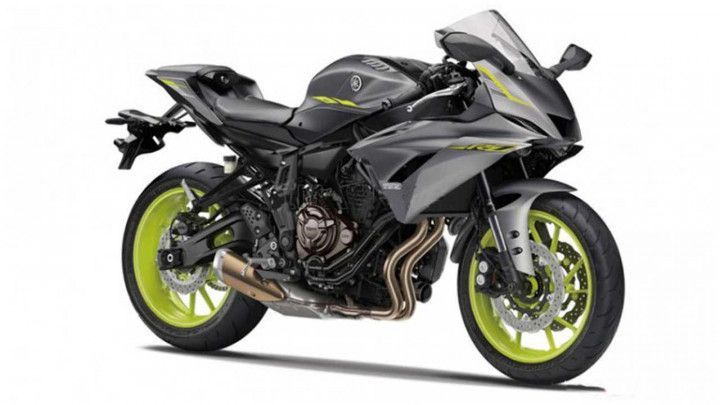 The rumours of Yamaha working on an R7 have been floating around on the internet for a while. Now, we finally have something concrete with Yamaha EU dropping a teaser for its upcoming R motorcycle, with a twin-cylinder soundtrack.

Yamaha’s R series of sports machines have always been highly adored and fantasised by all, especially the boys in the ZigWheels office. We were deeply saddened by the death of the R6, with the stringent Euro 5 emission norms strangling the life out of the hallowed supersport for road usage. Currently, there is no middle ground between the lovely sweet-talking YZF-R3 and the highly exciting YZF-R1. The R7 will slot in neatly between the two.

It’s no coincidence that Yamaha is looking at a mid-displacement twin-cylinder motorcycle to take the R series forward. Aprilia has received rave reviews for its RS660 and the Kawasaki Ninja 650 has been ruling the roost in this segment. In fact, we have done a short piece on why this segment has suddenly gained popularity, which you can check out here.

Also, you’d be wrong to think the R7 will be the replacement of the R6. The new sport bike will be a full-faired R series motorcycle but rather than going the hardcore way like the R1 or the now-track-only R6, it will be more accessible, like the R3. The R3 was a brilliant handler that was sporty enough to be ridden at the track but also comfy enough to tour the country on. Hence, we think the R7 will be more of the same.

The motor is no mystery. The R7 will be powered by the same 689cc CP2 parallel-twin motor that Yamaha currently uses in a plethora of motorcycles, from the MT-07 to the Tenere 700, to name a few. The engine makes an honest 73.4PS and 68Nm, which is more than enough power to keep you thrilled while handling the daily hustle. For the R7, though, expect it to be bumped up by a small bit, hopefully, closer to the 80PS mark. That would put it almost on par with the Triumph Trident 660.

In terms of foundations, expect Yamaha to go simple, nothing too fancy. Conventional telescopic fork, preload-adjustable monoshock, and sliding brake calipers are all traditional features that one finds on mid-displacement motorcycles. The R7 may inherit the same Michelin Road 5 rubber that the 2021 MT-07 gets.

While we can’t wait to witness the unveiling of this new Yamaha supersport, we know our excitement isn’t going to be enough to convince the head honchos at Yamaha India to bring the bike to India. The Japanese bikemaker hasn’t given much thought to bringing the parallel-twin CP2 family to the country or else we would have had lots of takers for the MT-07 and the Tenere 700. Let’s hope the R7 changes their minds.