Unofficial Bookings Of The 2021 Hayabusa Have Begun 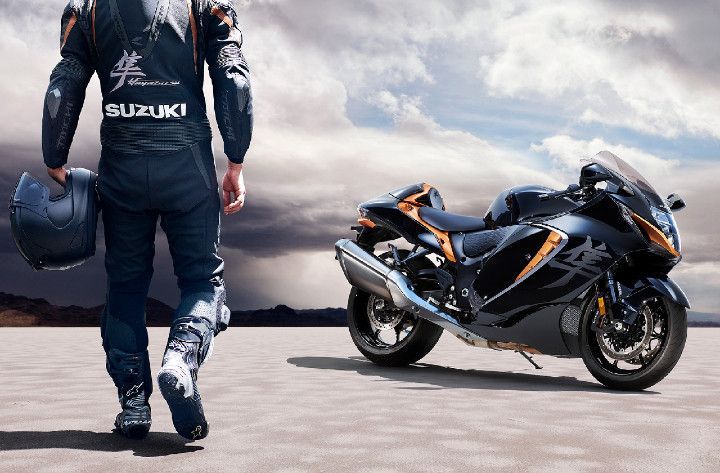 India's favourite hyperbike, the Suzuki Hayabusa, recently received its most substantial update in over a decade. The bike's been unveiled for the European market and is likely to make its way to India by mid-2021. From the looks of it, launch preparations are already underway as dealers have started accepting unofficial bookings for the Busa for a token amount varying between Rs 2 lakh to Rs 5 lakh based on the city. The bike is expected to make its way into the country via the CBU route initially with an expected price tag of around Rs 20 lakh (ex-showroom).

The 2021 model receives several updates but manages to retain the essence of the original Hayabusa. It gets a liquid-cooled, four-cylinder, 1,340cc engine that makes 190PS of power and 150Nm of torque, 10PS and 5Nm less than before. The engine is mated to a 6-speed gearbox which gets a bi-directional quickshifter for clutchless up and downshifts.

Suzuki has given the new Busa the whole enchilada when it comes to electronic rider aids. It gets 10 levels of traction control, three levels of engine brake control, 10 levels of wheelie control and a lot more. To keep things simple we’ve listed down top five facts that’ll get you up to speed with the updated Hayabusa.

The Busa’s hardware has been improved as well. From revised spring rates and better tyres to beefier callipers, it gets it all. Check it out in detail here.

Some of you would have loved to see Suzuki experiment with forced induction or plonk in a larger engine to extract more power. However, we believe the new updates may make the Busa a lot easier to ride, thereby reaching a wider set of audience. Also, retaining the iconic teardrop silhouette of the original Hayabusa just maybe a masterstroke by itself.