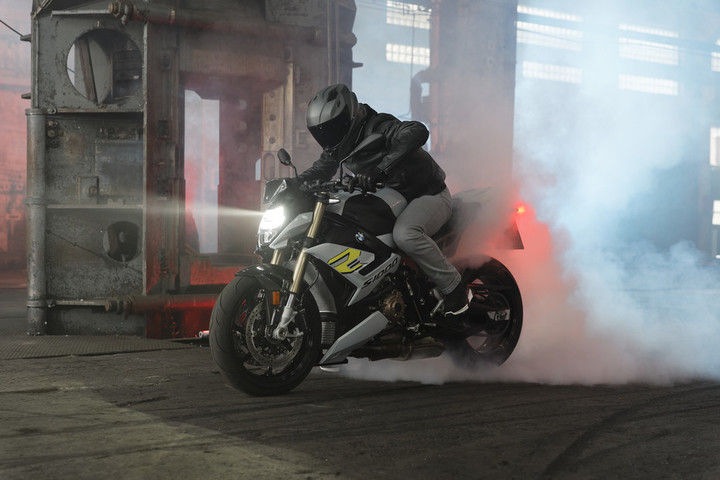 One of the most highly anticipated new motorcycles of 2020, the 2021 BMW S 1000 R, has finally made its debut. The flagship streetfighter from BMW has received its first major overhaul since its debut in 2014. The bike gets new styling, an updated engine, more features as well as new components.

What will grab your attention first is the design overhaul. BMW designers have dropped the iconic asymmetrical headlight and gone for a more conventional unit a la the BMW F 900 R. The 2021 S 1000 R looks more compact than its predecessor and has a mass-forward design language. The rear section has been inspired by the S 1000 RR and so is the integrated LED tail/brake light.

It also has been equipped with a large 6.5-inch TFT screen as seen on the S 1000 RR. Riders also get the option of a customised screen display. The instrument console has a Bluetooth smartphone interface which allows for app-based navigation. The various modes on the display can be toggled through the new multi-controller.

The other big change is the new 999cc S 1000 RR-sourced powerplant. On the S 1000 R, this engine is rated at 165PS and 114Nm. The power figure is similar to its predecessor, but BMW claims it has improved rideability with a linear torque curve. However, we must admit we are a bit disappointed with the numbers as the S 1000 RR’s motor churns out 207PS. With the Ducati Streetfighter V4 in the fray, we expected more than 190PS from the S 1000 R.

As is the case with modern performance bikes, the BMW S 1000 R comes loaded with electronic aids. It gets goodies such as a multi-level traction control, cornering ABS, three ride modes, wheelie control and engine brake control. There’s also an optional Dynamic Pro mode that sharpens the electronics further and gives the rider more customisation options.

The chassis, lifted straight off the S 1000 RR, has played a key role in reducing weight. The Flex Frame uses the engine as a stressed member and another advantage is that it's narrower than the older chassis. It also features an adjustable handlebar clamp that pushes the bar ahead by 10mm. The 2021 BMW S 1000 R is 6.5kg lighter than its predecessor and at 199kg (dry), BMW claims it's the lightest bike in its class. Further weight reduction is possible via the carbon-fibre wheels, which shaves off an additional 3.7kg.

While we do miss the distinct face and would have liked more firepower, BMW has made some significant updates to make the S 1000 R more relevant with respect to its rivals. We expect the new S 1000 R to be launched in India by mid-2021. It would be brought via the CBU route as is the case with all BMW bikes in India (except the G 310 twins). As for pricing, the base variant could carry a price tag of around Rs 18 lakh (ex-showroom).