Here Are Some Interesting Details Of The New S 1000 R 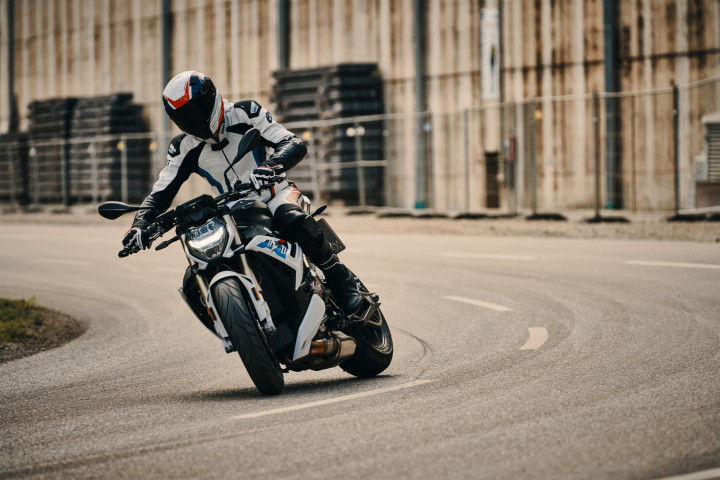 After a slew of new launches this year, BMW rode in the 2021 S 1000 R last week. It gets an all-new design language, lighter frame, new motor, and a tonne of new features. The 2021 BMW S 1000 R will be heading our way next year. Meanwhile, let’s take a look at five interesting details of the bike:

Styling
The first thing you will notice is that the bike sports a new design language. Similar to the BMW S 1000 RR, BMW designers have ditched the iconic asymmetrical headlight on the new bike. According to BMW engineers, the asymmetrical headlight was chosen as it’s lighter than the conventional headlights of the era, but with LED tech, it wasn’t required anymore. The single-piece LED headlight is similar to the BMW F 900 R. It gets the integrated LED tail/brake light as seen on its superbike sibling. The fuel tank shape, the tank extensions and the tail section have been completely redesigned. The new bike looks more compact and sportier than its predecessor.

Powerplant
The new S 1000 R is powered by a 999cc, in-line-four-cylinder engine as seen on the S 1000 RR. However, it has been detuned and is now rated at 165PS and 114Nm. The S 1000 RR’s motor churns out 207PS! With the Ducati Streetfighter V4 breaching the 200PS mark, we expected BMW to follow suit. However, the power output is similar to its predecessor and BMW claims the engine has been tuned to offer better rideability than the older motorcycle.

Features
The one aspect where the BMW S 1000 R felt dated compared to its rivals was the features department and BMW has fixed that with the new bike. It gets a modern, customisable 6.5-inch TFT screen with smartphone connectivity and navigation. The various modes on the display can be toggled through the new multi-controller. Speaking about electronic aids, the 2021 S 100R is loaded with goodies such as multi-level traction control, wheelie control, three ride modes, cornering ABS, and engine brake control.

New Frame
Apart from the motor, the new S 1000 R also borrows the new Flex Frame. It uses the engine as a stressed member and BMW claims it’s narrower than the older chassis which has helped in reducing the width of the new streetfighter. The new frame and engine have also helped in shedding weight. The 2021 S 1000 R is 96.5kg lighter than its predecessor, in fact, BMW claims it’s the lightest bike in its segment. Customers can further drop an additional 3.7kg by going for the optional carbon-fibre alloy wheels.

Pricing And India Launch
Since the majority of BMW Motorrad’s international lineup is on sale in India, we expect the new S 1000 R to also make its way here. It will be brought via the CBU route in the first half of next year. The 2021 S 1000 R could be priced around Rs 18 lakh (showroom).