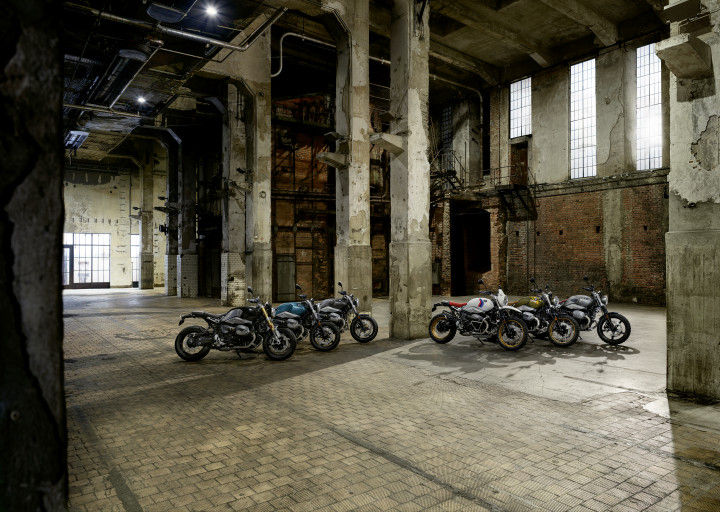 BMW has updated its neo retro offering, the R NineT, to meet the current emission norms. The interesting bit here is that there is no longer a cafe racer version of the bike, in its stead comes in the Urban G/S. The return of the Gelände und Straße name for a small(-er) capacity road focused bike is in accordance with the 40th anniversary of the GS brand. What remains common between all trims?

The heart, obviously. Just like every R series bike that BMW has built, the R NineT bears a boxer twin motor, specifically a 1,170cc air-cooled (with oil-cooling) boxer twin motor. Peak power has gone down by 1PS, now putting out 109PS at 7,250rpm. Thankfully, the internals have been tweaked to deliver meaty mid-range performance as max torque continues to be rated at 116Nm at 6,000rpm. A six-speed gearbox with a hydraulically-actuated clutch system exists with the power continuing to be delivered to the rear wheel via a shaft drive.

A tubular steel frame continues to make use of the engine as a stressed member. While the standard trim gets a chunky USD fork, the other three models (Pure, Scrambler and Urban G/S) have to contend with telescopic units. While you get paralever suspension at the rear on all models, there is extra travel on offer on the Scrambler and Urban G/S models. Plus, these two variants also have a 19-/17-inch wheel setup.

The R NineT continues to exude classic round BMW lines. A round LED headlight, USB charging socket, and a newly designed twin-pod semi-digital info cluster are found on all R NineTs. It gets 16 distinctively different colour options distributed among the four models. We particularly like the Option 719 offerings designed by BMW’s in-house customisation team. However, our pick of the lot remains the standard Urban G/S colour. You get the traditional Alpine White finish with BMW historic colours sprawled across the tank, gold cross-spoke rims, and dual-purpose rubber. This is quite like the original R 80 G/S that won four Dakar rallies.

We expect BMW to bring in the updated R NineT models to our shores by mid-2021. Price tag? We guess the most affordable one will be the R NineT Scrambler (just like it was in BS4 times) at around Rs 17 lakh. This makes the R NineT quite a pricey bike, especially considering the Ducati Scrambler 1100 Pro is available from just Rs 11.95 lakh (all prices, ex-showroom India).