Your weekly dose of happenings from the world of two-wheelers 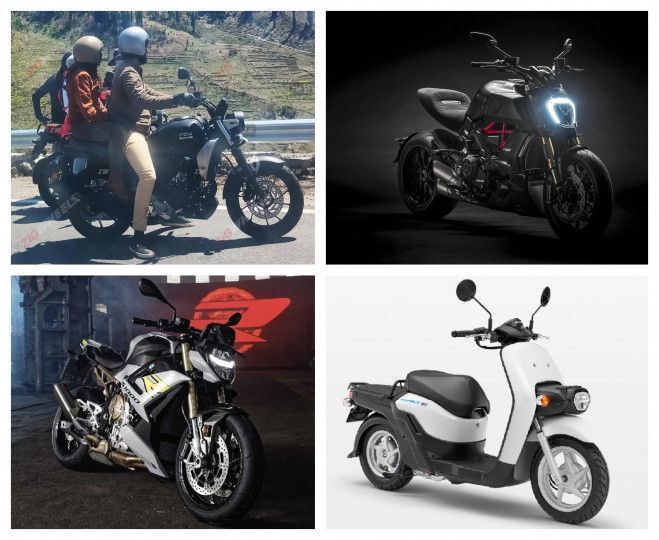 The lockdown curbs have eased in many parts of the country, bringing motorcycle brands across India back into action. Here’s what transpired this week for Indian motorcycle enthusiasts:

Yamaha FZ-X Launch Date Announced
After months of waiting, Yamaha is finally gearing up to launch the FZ-X in India on June 18. In fact, some dealerships have even begun accepting unofficial bookings for a nominal amount.

Ducati Panigale V4 BS6 And Diavel 1260 BS6 Launched
A month after the Streetfighter V4 debuted in India, Ducati followed it up with the launch of the Panigale V4 in the standard and ‘S’ trims. The price has gone up significantly, especially for the ‘S’ variant, but both the bikes sport updates to justify the hike. The same cannot be said for the Ducati Diavel 1260, though, as the Italian power cruiser now demands a hefty price tag compared to the older bike. Read more details in this story.

2021 BMW S 1000 R Launch Confirmed
The Bavarian brand has teased the launch of its flagship streetfighter on its social media. After over a year’s hiatus, the BMW S 1000 R will finally return to the Indian market. Read this story to know more about the launch date, expected pricing and availability.

2021 Honda Gold Wing Launch Soon
Honda has sneakily teased the arrival of the 2021 Gold Wing in India. The luxury tourer had received an update earlier this year and even got a new ‘Tour’ variant. To know which variant will make it to India, read this story.

Honda Benly e Spotted In India
The Honda Benly e was spotted testing at the ARAi facility in Pune. But will the Japanese manufacturer kickstart its electric journey in India with a commercial e-scooter or is there more than what meets the eye? Read this story to find out.