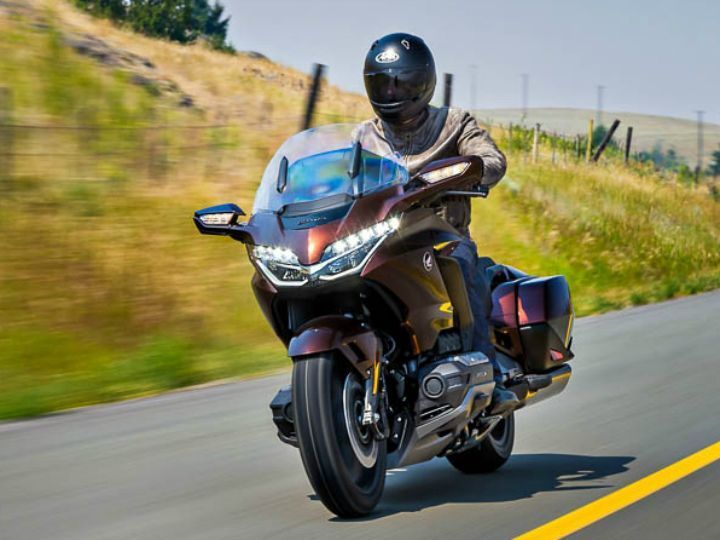 Honda has announced that it has started delivering its flagship tourer, the 2018 Gold Wing, to customers across the country. The first unit of the tourer was delivered to a customer in Jaipur, Rajasthan. Often called the ‘King of Tourers’, the latest generation of the Gold Wing was first unveiled at the 2017 Tokyo Motor Show. Later, Honda showcased it to Indian audiences at the Auto Expo held in February this year.

The 2018 Gold Wing packs unique features such as a 7-speed DCT gearbox with a reverse gear, Apple CarPlay compatibility, and a double wishbone front suspension. The Honda Gold Wing is priced at Rs 26.85 lakh (ex-showroom Delhi) and competes against the BMW K 1600 B and the Harley-Davidson Road King and the Indian Chief Vintage in the Indian market. Here’s the official statement from Honda:

Jaipur, June 13, 2018: Honda Motorcycle and Scooter India Pvt. Ltd. today commenced the deliveries of the King of Tourers-Gold Wing at a grand event in Jaipur, Rajasthan. 2018 Gold Wing made its India debut at the 2018 Auto Expo.

2018 Gold Wing is lighter, more powerful and extremely nimble. Revolutionary technologies in the flagship tourer include a newly-developed horizontally-opposed 6-cylinder engine, 7-speed Dual Clutch Transmission (DCT) and is the first Honda to get a double wishbone front suspension.

Speaking on the momentous occasion, Mr. Yadvinder Singh Guleria, Senior Vice President - Sales and Marketing, Honda Motorcycle and Scooter India Pvt. Ltd. said, “2018 Gold Wing was the showstopper of Honda 2Wheelers India Auto Expo pavilion. After receiving an overwhelming response and over 35 bookings, we are pleased to announce the first delivery of the 2018 Gold Wing. The revolutionary model is fully loaded with features including ‘Apple CarPlay’, first on any motorcycle in the world, which can be accessed on the swanky new 7-inch TFT display.”

The 2018 Gold Wing will be available in Candy Ardent Red colour and is priced at Rs. 26.85 lacs (Ex-showroom, Delhi).