We take a peek at all the Pulsars that we expect to launch in the near future. 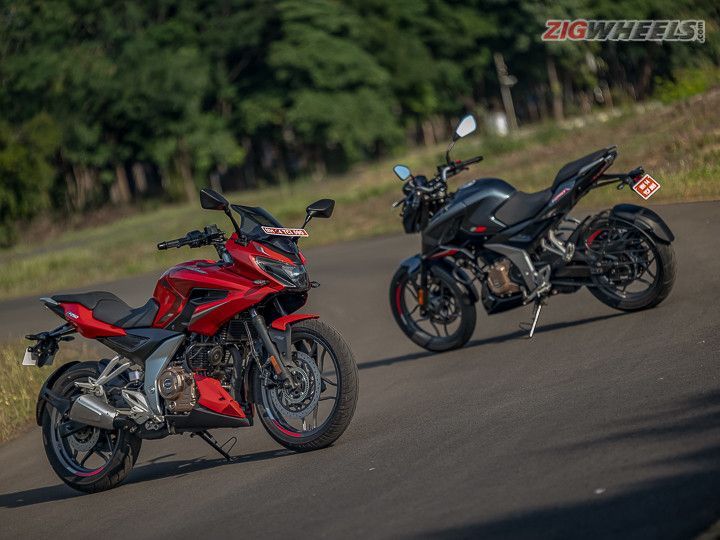 The all-new Bajaj Pulsars are here in the form of the N250 and the F250, and this pair has certainly got the collective pulse of bikers all across India racing. Now, this F250 is clearly meant to be the spiritual successor to the venerable Pulsar 220F. And the N250, well, it looks like it would take over from the much-loved, but missing-for-many-years Pulsar 200 (not the NS200, mind you). But what about other capacities? The Pulsar has always been available in multiple capacities across a wide price range. So will we see something similar happening with this new Pulsar platform? Yes of course! So here are four new Pulsars we’re fairly certain are on their way and a couple of Pulsars we wish Bajaj would make as well.

Pulsar 150 and Pulsar 180
Now Bajaj has been clear that the new Pulsars will max out at 250cc and they’re taking a top-down approach this time around. And we believe that the next set of Pulsars we’ll get on this new platform are the Pulsar 150 and Pulsar 180. Why these capacities? Well, the Pulsar has been available in its 150cc and 180cc guises ever since the first-gen models came out two decades ago. But more than that, the current Pulsar 150 and 180 have seen barely any updates since the introduction of DTS-I some 15 years ago. So it makes sense that Bajaj will port their new Pulsar platform to these two capacities as well.

When it comes to the 150, we don’t think Bajaj will do anything radical and pitch it against the premium 160s in the market. In fact, it might even skimp some features like the LED projector headlight and the slipper clutch from the N250. In terms of performance, though, it’ll do a little better than the current Pulsar 150. We expect that this will have an underbored 250 motor putting out about 16PS of power. But its USP will be price, undercutting most, if not all, 150cc bikes in the market… think a little over Rs 1.0 lakh, ex-showroom.

As for the 180, it’ll be playing in a very unique space in the Indian market, with only one direct rival in the form of the TVS Apache RTR 180. It will be similarly basic, like the new upcoming Pulsar 150, and should put out something like 18PS, which will also let it compete directly against the Xtreme 200 from Hero, at least until Hero launches the 4V version of the Xtreme. Price wise, we expect this to be about Rs 1.20 lakh ex-showroom.

Pulsar 125
Bajaj has two Pulsar 125s right now - the base Pulsar 125 and the more premium and powerful NS125. The whole point of having these 125s is to lower the entry point into the Pulsar family, especially considering how expensive motorcycles have become these days. And for that reason, we believe that this new Pulsar platform will also replace the base Pulsar 125 with a new 125cc Pulsar that has been built around this chassis and engine. That way, Bajaj will be able to compete with the likes of the TVS Raider and the Honda SP125, without having to resort to the more expensive NS125. As for performance, we can expect about 12 to 13PS on tap, and a price tag of about Rs 85,000, ex-showroom.

Pulsar AS250
At the launch of the new Pulsars, Rajiv Bajaj categorically mentioned that the adventure category is something they are looking at targeting soon.Bajaj had attempted something like this in the past in the form of the Pulsar AS200 and AS150. But those were half-assed attempts by just slapping on half fairings on regular street bikes. This time around though, we believe that they’ll take this segment more seriously with at least one new motorcycle. Now this would be a proper adventure tourer, with increased ground clearance and longer suspension travel, much like the Hero Xpulse 200. Armed with the new 250cc motor, it’ll have more grunt to take on some rough terrain. But we think Bajaj should also do another AS - one which is a more road focused tourer, like the Xpulse 200T. Again, with the new 250cc motor, it’ll have better highway legs than the Xpulse. These two will most likely carry a slight price premium of about Rs 10-15,000 over the Pulsar F250.

Pulsar Classic
Let’s now address another bike we wish Bajaj would make. With the growing interest that manufacturers are showing for retro motorcycles, this could be a direction Bajaj could explore in the near future as well. Heck, the original Pulsar’s design is now 20 years old… old enough to be classified as a classic. So a “Classic” pulsar with a round headlight, a properly muscular fuel tank built around this new chassis and engine could be exactly what the doctor ordered. Now that would be something to get excited about right?

Pulsar RS250
Ok, so what about a full faired Pulsar 250 - an RS250 if you will? While that certainly could be a possibility, we believe that the mainstream Pulsars won’t get a full-faired version. That RS badge will still be reserved for the KTM-based Pulsars, like the RS200. But who knows… to now differentiate the KTM-based Pulsars further from these mainstream Pulsars and to put them in a more premium category, Bajaj might even update them with the Dominar 250 motor. So we might even get an NS250 and an RS250. But that’s a story for another time.