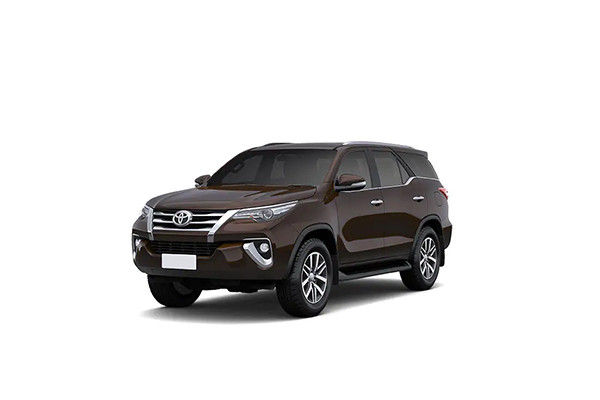 Toyota has revealed the facelifted Fortuner in Thailand. You can read more about the upcomimg SUV here.

Toyota has hiked prices of the BS6-compliant Toyota Fortuner SUV by Rs 48,000 for all its variants. It is now priced from Rs 28.66 lakh to Rs 34.43 lakh (ex-showroom). It continues to be offered with the existing 2.8-litre diesel and 2.7-litre petrol engine, albeit with a BS6 upgrade. The diesel engine develops 177PS of power while the petrol motor puts out 165PS of power. Its feature list remains unchanged with notable ones like a 7-inch touchscreen infotainment system, leather upholstery, powered tailgate, powered front seats, seven airbags, and cruise control.

The Toyota Fortuner is being offered with a 2.8-litre diesel and a 2.7-litre petrol motor.The diesel motor churns out 177PS. Just like the current model, the 6-speed manual variant develops 420Nm while the 6-speed automatic variant churns out 450Nm . The diesel Fortuner is also offered with rear-wheel-drive and all-wheel-drive options. On the other hand, the 2.7-litre petrol engine develops 165PS of power and 245Nm of torque to the rear wheels with 6-speed manual and automatic options. The Fortuner comes with 296 litres of boot space and a massive 220mm of ground clearance. The diesel automatic (4x4) we tested, on the other hand, was a little over a second quicker, taking 12.14 seconds to clock 100kmph. We aren’t surprised, considering it makes more power and torque with 177PS and 450Nm on tap. Notably, if you pick a diesel-manual you get 420Nm instead. Efficiency too was noticeably better compared to the petrol-auto at 12.38kmpl (city) and 15.04kmpl (highway).

Its rivals include the Ford Endeavour, Mahindra Alturas G4, and the upcoming MG Gloster.

What is the price of Toyota Fortuner Top Variant?

The ex-showroom price of top variant of Toyota Fortuner is 34.43 lakh (Delhi).

What is the mileage of Toyota Fortuner?

What is the EMI of Toyota Fortuner in Delhi?

What are the top competitors of Toyota Fortuner?

What is the ground clearance of Toyota Fortuner?

The ground clearance of Toyota Fortuner is 220mm.