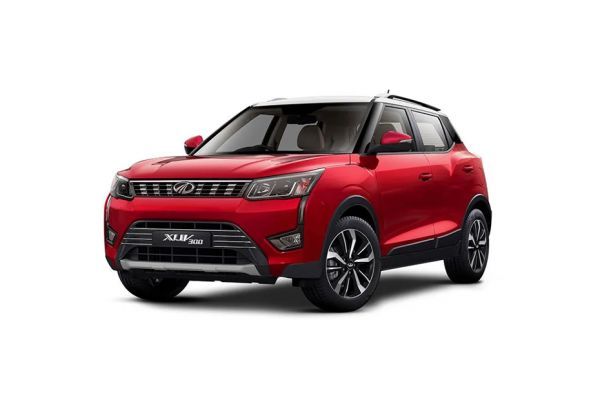 The XUV300 has received further accolades post its 5-star safety rating for the Global New Car Assessment Program (GNCAP) crash test. Now the sub-4m SUV has won the Global NCAP ‘Safer Choice’ Award. This award is only available for carmakers achieving the highest safety ratings for cars sold in India. It scored a 5-star rating for adult occupant protection and 4 stars for child occupant protection. These scores are higher than the Tata Nexon and Altroz, making this the safest India-made car.

Earlier, Mahindra had updated the 1.2-litre turbo petrol in the XUV300 to meet the upcoming BS6 emission norms. This made it the first BS6-compliant sub-compact SUV in India and the first BS6-compliant SUV from Mahindra. The SUV carries a premium for Rs 20,000 along with the update. Its 1.2-litre turbocharged petrol engine produces 110PS and 200Nm of torque and comes mated to a 6-speed manual gearbox. The diesel is still BS4-compliant, but we expect an update soon. The BS6-compliant XUV300 petrol is priced from Rs 8.30 lakh to Rs 11.99 lakh (ex-showroom India).

The XUV300 will be offered with two engine options - a 1.2-litre turbocharged petrol engine and a 1.5-litre diesel engine. Notably, only a 6-speed manual transmission is available with both motors. But a diesel AMT is on it's way soon. The three-cylinder turbo-petrol makes a healthy 110PS and 200Nm. On the other hand, the diesel engine, borrowed from the Marazzo is tuned differently here, making 115PS and 300Nm. We’ve only driven the diesel engine with both manual and automatic transmissions so far. It’s made for those fast-paced highway cruises and doesn’t mind being chucked hard into corners either. The manual struggles a bit when the turbo isn’t spooling - read ‘under 1500rpm’ - which makes driving it smoothly in the city a bit of a challenge. But this is overcome with the AMT automatic to some extent.

While these prices are on the higher side as compared to the rivals like the Maruti-Suzuki Vitara Brezza, Tata Nexon and the Ford EcoSport (even with their automatic variants), the Mahindra XUV300 does come with a long list of segment first features and a pretty feature-loaded base variant as well to justify the same.

Yes, the XUV300 is based on the SsangYong Tivoli. But, every single body panel on the small SUV is brand new. To make the XUV300 duck under the 4-metre mark, Mahindra has chopped nearly 200mm from the overall length of the Tivoli. This does make the rear-third of the car look a bit odd. From the front, the rectangular headlamps, the chrome-studded grille and the daytime running lamps establish an instant connect with big brother XUV500. Features include projector headlamps, machine-finished 17-inch alloy wheels, a dual-tone colour scheme and LED brake lamps.

For all the wow bits on the exterior, you do wish Mahindra had not copy-pasted the dashboard design of the SsangYong Tivoli. The plethora of buttons aren’t easy on the eye, and small bits like the orange backlight for the climate control and the tiny 3.5-inch MID take away from an otherwise plush cabin. In terms of features, the top-spec W8 (O) variant comes loaded to the gills with goodies such as a sunroof, dual-zone climate control, cruise control, configurable lighting for the instrument cluster, a tyre direction monitor and a 7-inch touchscreen infotainment system with Android Auto, Apple CarPlay and navigation. We do wish the cabin was a bit more spacious, and that the boot was slightly larger as well. As far as safety is concerned, Mahindra is offering dual airbags and ABS with EBD as standard across the range. The top-spec W8 (O) variant additionally gets side and curtain airbags, electronic stability control, traction control, and a tyre pressure monitoring system.

Maruti Vitara Brezza : : The Brezza ticks the basics of punch, practicality and peace of mind. If you can bear the ridiculously long waiting periods, you’ll end up with a compact-SUV that won’t let you complain. But, in all probability, so will everybody else.

Ford EcoSport : : The EcoSport is back with a vengeance. It looks like a small SUV (and not a big hatch), packs in a healthy amount of kit right from the base variant and has potent motors under the hood. And it’s got tons of swag too. Deal?

Honda WR-V: There’s more to the WR-V than being a Jazz on steroids. While it retains the hatchback’s basics of space and functionality, it brings in the added advantage of a high ground clearance. It also gets a sunroof. Doesn’t everyone want a sunroof in their lives?

Tata Nexon : : Among the best vehicles to roll out of a Tata factory, the Nexon comes very close to acing the compact-SUV game. The funky styling, big 350-litre boot and some segment-firsts like an activity key make it a formidable force in the segment.
Hyundai Venue : The Venue is the latest entrant into the subcompact SUV arena. And, as we've come to expect from Hyundai, it's interiors are plush, the top variants are packed with features and what's more it's priced attractively too. There's even a 9-speed dual clutch automatic on offer as well as new Blue Link connected car features. Oh yes, it looks quite nice too.

The baby XUV gets a whole lot of things right. It’s a head turner, is loaded and drives well too. If you can make peace with the cabin space, the XUV300 makes a strong case for itself.