With the addition of the AMT gearbox, the XUV300 now offers more convenience but has it come at the cost its fun to drive character? 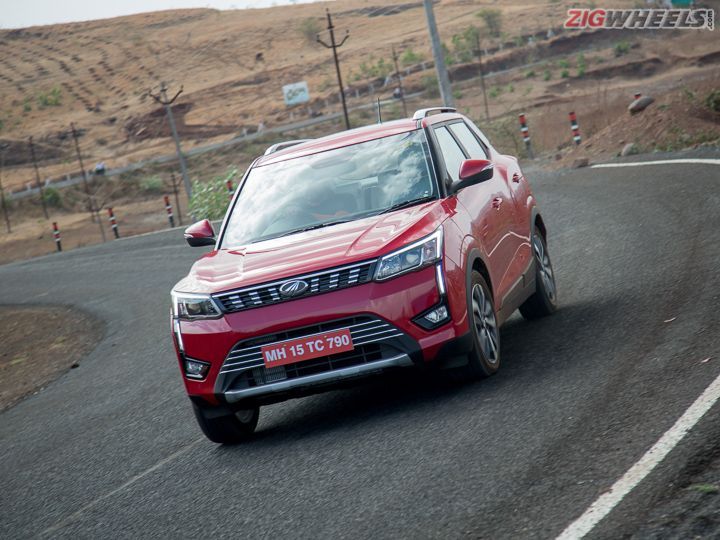 Launched just four months back, the Mahindra XUV300 thoroughly impressed us with its fun to drive nature. The powerful petrol and diesel motors further enhanced the driving experience. Compared to its rivals, what it lacked was easy on your left foot automatic gearbox option.

Now though, Mahindra is about to come out with an AMT (automated manual transmission) for the car, albeit just with the diesel variant. We got behind the wheel of the XUV300 AMT to see if Mahindra has managed to blend convenience without denting the sub-compact SUV’s fun to drive nature.

Like in Maruti Suzuki’s, the XUV300 employs Marelli-sourced automated manual tech. This system consists of a 12V DC motor to power the actuators and sensors for the 6-speed transmission. The transmission is mated to the same 1.5-litre 117PS diesel engine and it shares the same gear ratios as on the manual version too. You also get creep function, both while going forward and while reversing which should make your life easy while driving in stop-go traffic or while parking. You also get anti roll back system, integrated with ESP, that basically prevents the car from rolling back when you are driving uphill. Then you also get what Mahindra calls Down Hill Drive system which basically keeps the gearbox in a lower gear when you are driving down a ghat section to give you more engine braking.

At least for now, the AMT version will only be available with the diesel variant. With people preferring petrol cars over diesel, especially in metro cities, having an AMT on the petrol first would have been the logical thing to do.

The XUV300 AMT comes with the same 1.5-litre diesel engine that produces a healthy 117PS of power and 300Nm of torque as the manual version. Slot the gear shifter into drive and the XUV300 moves forward in a smooth manner. The gearshifts are surprisingly jerk-free for an AMT and unless you dump the accelerator pedal, it remains relatively smooth. Whether it be ambling along in the city or even cruising steadily on the highway, this gearbox works really well. Even when you want to do a quick overtake, the transmission drops down the gears quickly enough, as the powerful engine helps the XUV300 gain momentum quickly. So unlike in most other AMT-equipped cars, you don't have to plan your overtakes in advance. The best mode to enjoy the free-revving engine, however, is the manual mode, which holds on to gears all the way to the redline.

At low speeds too, the XUV300 AMT works well. As soon as you let go of the brake, the creep function helps move the car forward smoothly and effectively. The AMT also irons out one of the XUV300 diesel’s biggest drawbacks, the turbo lag under 1500rpm. Where the manual transmission car tends to stall and judder at low speeds, the XUV300 AMT feels smooth even while crawling in heavy traffic and progress is always quite smooth.

What we also liked, was how the gear selector lever works. Where in cars like the Tata Nexon and the Maruti Brezza, the lever is conventional, in the XUV300 AMT, it is quite similar to the one you get on BMWs. It always stays in the centre regardless of the mode you are in, which makes shifting between modes easy.

Other than the AMT ‘box, the driving experience remains the same. So you get an SUV that rides on the stiffer side, but not uncomfortably so. It feels planted at any given speeds and when pushed into corners, there’s minimal body roll. Add the quick and direct steering to the equation and what you get is a compact SUV that feels agile and is fun to drive.

Anything else I need to know?

Moving to the interior, the only change you will spot is the gear selector. Quality on the inside remains impressive and wherever you look or touch, the XUV300 feels premium. Surprisingly, the shiny chrome inserts on the gear selector makes it stands out like a sore thumb in an otherwise great cabin. We feel soft touch leather would have blended in with the rest of the cabin better.

The front seats on the XUV300 are supportive and even at the back you have enough width to accommodate three passengers in decent comfort. Kneeroom, though not best in class, is adequate. But a little bit more underthigh support and a more reclined backrest would have made it even better. Even the boot is on the smaller side by segment standards, but you do get 60:40 split folding rear seats for added practicality.

You can buy the XUV300 in the top-spec W8(O) variant. So you get a car that is fully loaded and comes with features like sunroof, dual-zone climate control, cruise control, a 7-inch touchscreen system with Android Auto and Apple CarPlay compatibility and auto headlamps and wipers. You also get best-in-segment safety features like three-point seatbelts for all three rear passengers, 7 airbags, ESP and tyre pressure monitoring system.

The XUV300 W8(O) MT costs Rs 11.99 lakh (ex-showroom Delhi) and we expect the AMT version to be priced around Rs 12.60 lakh. At that price, it will get perilously close to the bigger and popular Hyundai Creta. Then you have rivals like the Hyundai Venue and the Ford EcoSport that offer more polished automatic gearboxes (in petrol versions) which makes life even more difficult for the XUV300.

But other than that, if you want an easy to drive automatic compact SUV that has loads of segment-first features and is good to drive, then Mahindra has done a good job with the XUV300 AMT.