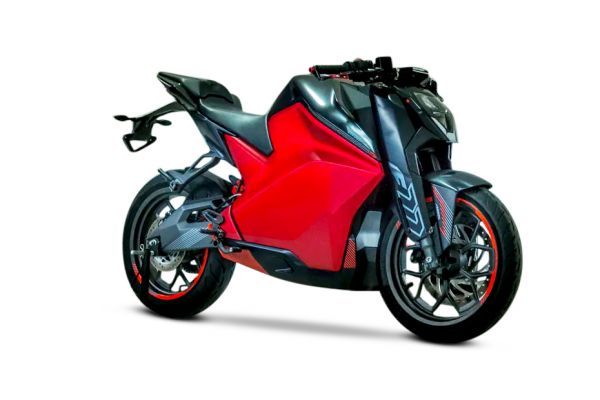 Ultraviolette has launched the F77 in three colour variants, with expected pricing between Rs 3 lakh and 3.25 lakh (on-road). Final prices haven't been declared yet and the bike is on sale only in Bengaluru to begin with. Online registrations to purchase the motorcycle have opened, with deliveries slated to commence in October 2020.

The F77 is powered by a 25kW electric motor which produces 90Nm, which makes it the most powerful electric motorcycle currently on sale in India. This is good enough to give the bike a top speed of 147kmph, while its three removable lithium-ion battery packs measure 4.2kWh in total and allow the F77 to cover 150km on a full charge in urban conditions. Ultraviolette has also ensure DC fast-charging capability, which means 50 minutes to charge up to 80 per cent and 90 minutes for a full charge.

Underpinnings comprise of a trellis frame suspended on an upside down fork and a monoshock. A 320mm front disc and 230mm rear disc provide stopping power on the F77. Switchable dual-channel ABS is offered as standard, and other features on the F77 include a TFT display with Bluetooth connectivity, a bike locator, OTA updates and data-logging. There are no direct rivals to the F77, since the only other electric bikes in India are Revolt's RV300 and RV400 offerings.

For Indian motorcyclists, going electric has been all about ecology and economy. Could Ultraviolette’s F77 bring excitement into the mix?