The Yamaha MT-15 Version 2.0 is definitely a better bike than its predecessor, but is it the best version of it? 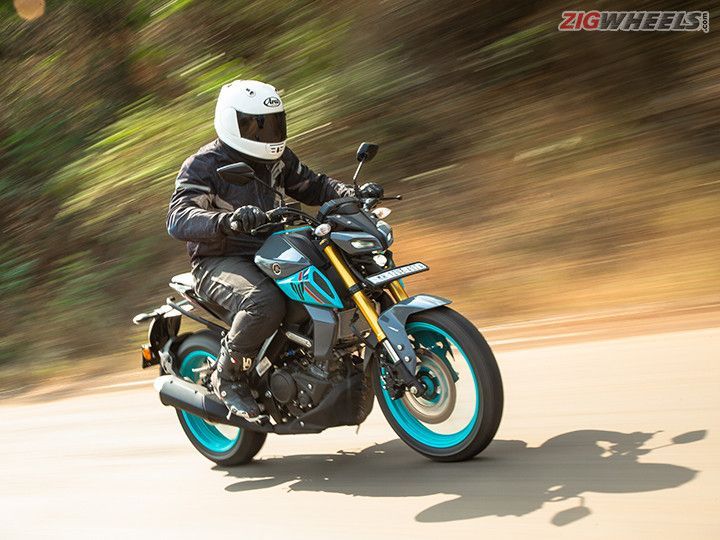 The Yamaha R15, it holds a high regard among Indian bikers and for good reasons. It offered a mix of performance, handling, features and styling which is still unbeatable. So when Yamaha launched the streetbike version of the R15, in the form of the MT-15, understandably, expectations were high. Alas, it couldn’t deliver. One of the key reasons for this was the Indianisation of the Yamaha MT-15 in the pursuit of cost-cutting. But three years after its debut, the Japanese brand has tried to fix those errors with the new MT-15 Version 2.0. Have they managed it?

The new MT-15 finally gets a USD fork and a cast aluminium swingarm. While the old bike was no slouch with respect to handling even with a telescopic fork and a box-unit swingarm, the MT-15 Version 2.0 engages the rider even more. The most impressive bit is the front-end stability, and this means you can trust the bike more and commit to corners better. Gladly, this stability doesn’t come at the cost of agility, the new MT-15 feels extremely nimble and you can hustle it on city roads, and it lives up to its streetfighter DNA.

However, the brilliant handling comes at a cost and that’s comfort. The suspension set-up is stiff and if you aren’t careful on bumpy roads, it will toss you off the saddle. So be it speed breakers or undulations, you better slow down.

The 2022 Yamaha MT-15 still misses out on dual-channel ABS, even as an option. Given its safety benefits and the performance on tap, in our opinion this a big blunder from Yamaha.

The front disc offers a good bite but there is no feel and the rear disc brake feels numb with hardly any feedback. In fact during the braking test we had a few hairy moments.

The riding posture is that of a typical streetfighter with flat-low handlebar and rearset footpegs. The riding stance is slightly canted forward and sporty,but not too committed,  which means you can spend long hours on the saddle without any discomfort. Seat height is also decent at 810mm.

While there is enough space for the rider, the pillion footpeg was fouling with my size 11 riding boots and it was irritating. The pillion seat is almost non-existent, in fact the mount for the number plate is longer than the pillion seat! So if you plan to ride two-up, we will suggest looking elsewhere.

As you can see in the above spec sheet, power is down by 0.1PS, but torque has been bumped up by 0.2Nm! So as expected the engine has become more tractable. I was able to ride the bike in 6th gear at 25kmph, and for such a high-revving engine, this is quite  impressive.

But, that’s the only good part. You see what the numbers don’t reflect is the character of the engine. While the previous MT-15 felt peppy and fast from the word go, that isn’t the case with the new bike. Yes, you have more tractability, but the bike feels alive only after 6,000rpm and it feels as if the engine has been robbed of its exciting personality.

And when you compare it to the BS4 bike, the drop in performance is clearly evident. The only plus point is that it’s not too far-off from the R15 V4 and the tractable nature actually makes it quicker in roll-ons. We think this change in tuning has been done to improve fuel efficiency, but since we had the bike only for a single day, we couldn't test its numbers.

Cruising speed is also around 100kmph and you can do more, but vibes can be felt on the handlebar and footpegs. The vibrations aren’t intense, but they do make their presence felt. The light cutch action and the slick gearbox make city riding really easy, and so does the tractable nature of the engine. But when you want to ride fast, the new MT-15 feels restrained.

On the styling front nothing much has changed, however, the golden USD fork endows it with a new personality! It not only makes it look more premium, but also gives it a pukka street fighter stance. While the MT-15 is an attractive bike, a new design language inspired from the new Yamaha MT-03 would have been more welcome as Yamaha went radical with the R15 V4.

And talking about quality, the Japanese brand has made improvements in this regard and the new  motorcycle looks much better put together. But, the new switchgear still doesn’t feel premium, the grab rail looks more than an afterthought with the coarse welds and the seat feels still flimsy, come on Yamaha!

The updates as expected have made the new MT-15 a better bike. It looks more premium, handles better and the addition of a few new features are welcome. But we were expecting more from Yamaha! The dullness of the engine is disappointing and the lack of dual-channel ABS is just beyond any reasoning with this performance on tap. As for goodies such as a quickshifter and traction control, they should have been offered as part of a premium variant.

So overall the new Yamaha MT-15 is a much better version of the older bike and Yamaha have addressed many of its shortcomings, but is it the best version of it, we don’t think so. Maybe Version 3.0 will fix it. 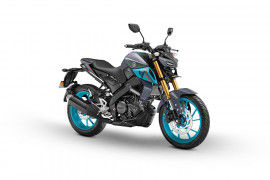