The Yamaha FZ-X Is Going To Pop Your Eyeballs Out... 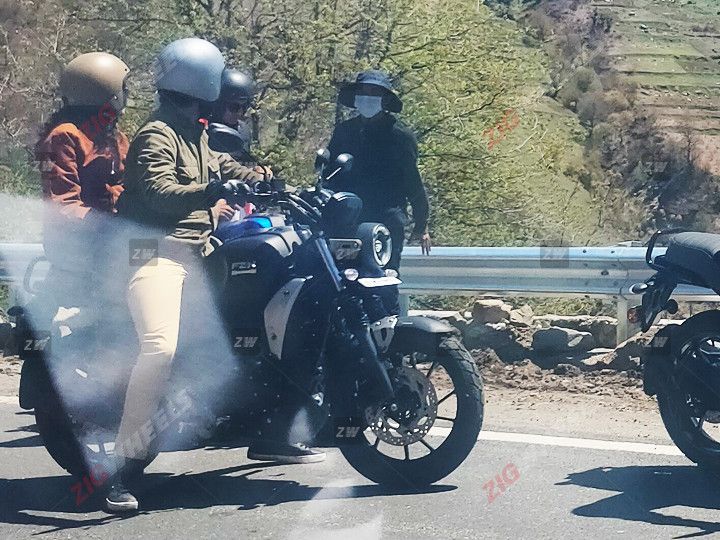 Looks like Yamaha’s making some serious headway with the upcoming FZ-X. The bikes were spotted again in what looks like a commercial shoot somewhere up north. This comes just a week after the second set of spy images surfaced online. These new shots are clearer and more detailed than the earlier ones, giving us a closer look at the bike and the possible colour trims.

From the looks of it, Yamaha might launch the bike in two variants: Standard and S (just like the FZS V3). The three colour trims seen in these images only cement our suspicion. The orange paint scheme (with black radiator shrouds) seems to be the standard variant. The blue and black bikes (with silver radiator covers and dual-tone seats) could be the premium versions. The bike runs on an air-cooled engine.

The overall design looks pretty commuter-ish. Sure, it borrows certain cues from the XSR range, like the headlight design, aluminium mounting brackets, and the fuel tank (to some extent). But that’s about it. The seat and rear quarter panels just seem off and bulky in their proportions.

The console appears to have a new design and could pack better features like average/real-time fuel efficiency and fuel range, among others.

You can read about the bike in detail here. Also, it may use the same 149cc single-cylinder air-cooled engine producing around 12.37PS at 7500rpm -- same as the FZS V3. There’s no word on the bike’s torque figure, but it’s likely to be around 13.6Nm.

Yamaha may position the FZ-X above the FZS V3. As a result, you could expect the bike to command a premium of around Rs 5,000-Rs 6,000 over the standard FZ. Given the latest images, we believe Yamaha could launch the bike as early as next month, but it all depends on the current Covid situation.