The Yamaha YZF R15 V3 Has Five Siblings Across The Globe! 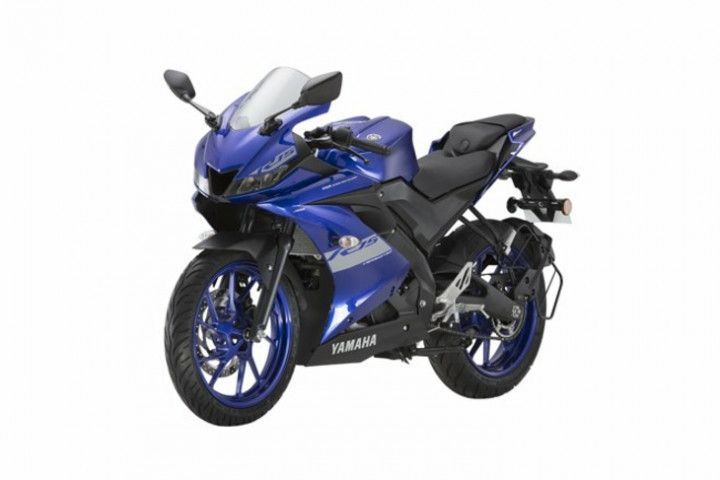 Yamaha was the first manufacturer to step into the entry-level ‘sports bike’ segment in India with the Yamaha YZF R15. It paved the way for sporty entry-level faired bikes in India as swiftly as it carves corners.

One of the prime reasons for the R15’s fanbase was its engine. The 149cc, single-cylinder motor was easy to tame for beginners and made enough juice to put a wide grin on your face from time to time. With the third iteration of the bike, Yamaha bumped up the engine spec to 155cc, making it more powerful and usable.

The versatility of the engine was such that Yamaha could plonk the same 155cc engine into five different bikes for different target markets. That’s not only smart but also cost-effective. Here are all the bikes that share the same heart as the R15 V3:

Launched here in 2019, the Yamaha MT-15 is essentially a stripped-down version of the R15. It offers a better low-end punch than the R15 thanks to the absence of plastics and a bigger sprocket. However, on paper, the MT-15 makes 18.5PS and 13.9Nm which is slightly less than the R15’s 18.6PS and 14.1Nm. The MT-15 features a digital instrument cluster, LED lighting, and several customisation options.

The Yamaha XSR155 is another naked motorcycle with the same 155cc motor, however, it isn’t available in India. It’s designed to look like an urban scrambler and draws inspiration from its elder sibling, the Yamaha XSR900. As for its state of tune, the XSR155 makes 19.3PS and 14.7Nm, which is more than the Yamaha R15 and the MT-15. As for features, the XSR gets USD forks, a teardrop fuel tank, a flat coloured seat, LED lighting, and a digital instrument cluster. We think if it were to arrive in India, the XSR155 would be an excellent option in the sub-200cc naked segment.

Ever wondered how the R15’s linear engine would fare in an off-road motorcycle? Well, you’ll have to fly to Indonesia to experience it on Yamaha’s WR 155R. Being an off-road motorcycle, the WR has a barebones design with raised fenders, spoke wheels, and knobby tyres. Its off-road temperament is highlighted by a small halogen headlamp and an even smaller LCD instrument cluster. As for specs, it uses the 155cc single-cylinder motor that makes 16.7PS and 14.3Nm of torque. However, it’s tuned to make its peak torque lower down the rev range, at 6,500rpm, as opposed to the R15’s 8500rpm.

The same engine powers one of Yamaha’s scooters, the NMax 155. It’s been developed for the European markets. It features a digital LCD instrument cluster, LED lighting, ABS, and VVA (Variable Valve Actuation), as found on the R15. Coming to the key aspect, the NMax’s engine might be the same as the R15’s but it comes with a CVT transmission, instead of the 6-speed gearbox. The compression ratio has also been tweaked so the motor makes 15PS, 3PS less than the Indian offering.

Recently launched in Thailand, the radical-looking Aerox 155 takes inspiration from the NMax 155. It is basically a sportier version of the maxi-scooter and looks quite sharp. It comes with LED lighting, an all-new digital instrument cluster with smartphone connectivity, and a redesigned tail section. Its mechanicals are the same as the Aerox 155 and so is its performance.

But the story doesn’t end here. Yamaha recently teased a dashing new concept scooter called the F155 which suggests it would use the same 155cc motor powering Yamaha’s entry-level lineup. Check out our dedicated article about the Yamaha F155 concept.