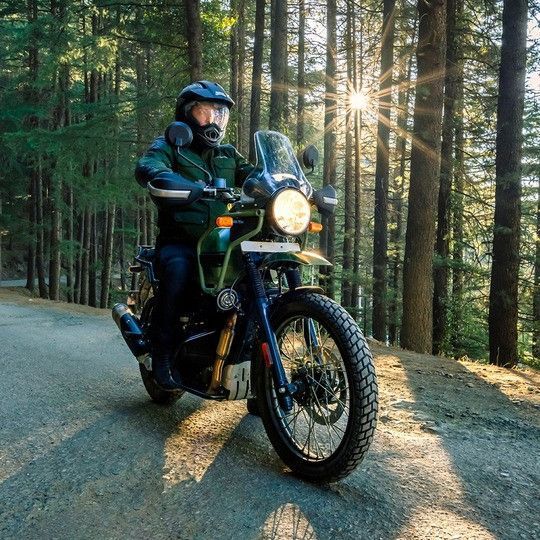 The Royal Enfield Himalayan has been in the market for a while now and it has established itself as a very likeable off-road motorcycle. It has seen many small updates but for 2021; the Himalayan has been launched with its biggest update yet. The update isn’t an overhaul by any means but it is significant for enthusiasts. So, how different is the 2021 Himalayan from its predecessor? Let’s find out.

At first glance, the 2021 Himalayan is pretty hard to differentiate from the older model. It sees no major physical updates, and the bike has remained almost the same. However, the Himalayan now comes in three new shades: Pine Green, Mirage Silver and Granite Black.

The Mirage Silver colour also comes with a tan brown seat. Previously, the Himalayan came with only a black seat cover.

Also Read: Honda’s Keen To Get You Cafe Racing Soon!

This has to be the highlight of the 2021 Himalayan. Its instrument cluster now gets an extra pod for the Tripper Navigation system in addition to the semi-digital setup on the previous model. The Tripper Navigation pod enables smartphone connectivity and turn-by-turn navigation, enhancing the bike’s go-anywhere nature. The pod’s placement is a little out of place, though, and the older model’s layout seemed a little neater than the new layout.

Royal Enfield has keenly read all user reviews of the Himalayan and tweaked the little things to improve comfort. The company has re-designed the tank braces which used to bug taller riders and the tail rack has also been reinforced with an additional plate. Furthermore, the new Himalayan gets a taller windscreen and the seat now uses high-density foam for improved comfort during long rides.
Pricing

Everything comes at a price and so have these updates. The new Himalayan retails at Rs 2,01,314 (ex-showroom Chennai) which is Rs 9,913 more than the previous model’s price of Rs 1.91 lakh. Does this hike make the deal or break the deal? We’ll leave that for you to decide.