The H6, Jeep’s Answer To The Toyota Fortuner, To Have Its Unique Design Elements: Jeep Global Design Head 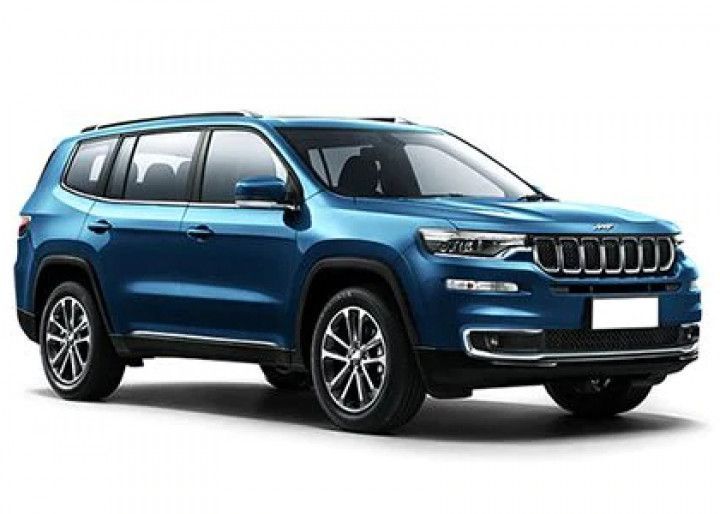 Jeep India seems ready to expand its portfolio, which involves an investment of over USD 250 million. Of the four planned offerings, the model that seems to attract the most attention as of now is the 7-seater Toyota-Fortuner rival, codenamed the ‘H6’. Recently, in a chat with Ralph Gilles, Jeep's Global Design Head, we got to know more about the upcoming model’s design language.

Gilles said the ‘H6’ has little to do with the Compass, although the former will share the same underpinnings as that of the latter. The H6, according to Gilles, will have its own design elements (likely to be inspired by the new Grand Cherokee) and be as capable as a Jeep.

It’s still too early to talk about the H6’s interior, but like the Compass, it is likely to be packed with all the latest technology, including a large infotainment system with connected car tech, digital driver’s display, wireless Apple CarPlay and Android Auto, a wireless phone charger, powered front seats with ventilation, full LED lighting, and a panoramic sunroof.

The H6 will likely be propelled by the Compass’s 170PS 2.0-litre diesel engine, possibly with more power. It could be offered with a 6-speed manual transmission and an optional 9-speed ZF-sourced automatic. The petrol powertrain option might be the 2.0-litre turbo engine from the Wrangler. In typical Jeep fashion, the ‘H6’ will be provided with an all-wheel drive, along with  Jeep’s Selec-Terrain off-road modes -- Sand, Mud, Snow, and Auto.

The H6 will debut overseas possibly this year. We expect it to be priced from Rs 30 lakh (ex-showroom), putting it in the same bracket as the Toyota Fortuner, Ford Endeavour, Mahindra Alturas G4, and MG Gloster.