Jeep will have three three-row SUVs going on sale this year, counting the Grand Cherokee L which debuted earlier 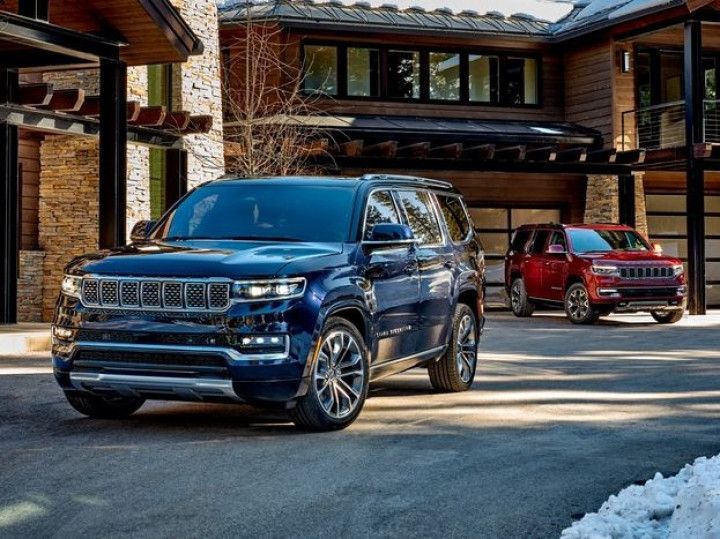 Jeep has three three-row SUVs going on sale this year. The first being the Grand Cherokee L, which debuted earlier this year, followed by the Wagoneer and Grand Wagoneer. The former features a unibody frame whereas the two Wagoneers come with a body-on-frame structure. Even in terms of size, the Wagoneers (which are equal in dimensions) are around 249mm longer, 160mm wider, and 101.6mm higher than the Grand Cherokee L.

No compromise has been made in terms of luxury. Right off the bat, you’re treated to premium leather seats and either a 10.1-inch (Wagoneer) or 12-inch (Grand Wagoneer) infotainment system with UConnect 5 connected car tech. The Grand Wagoneer also gets dedicated 10.3-inch touchscreens for climate control in the front and the second row. If that still doesn’t make for enough screens, the passenger and the two seats in the second row get 10.3-inch displays as well. It also comes with a head-up display, touchpad safe, a McIntosh sound system, and a digital rearview mirror. The Wagoneers can also be had in 7- or 8-seater layout, with either a bench in the second row or captain seats.

Both models come with an independent rear suspension. The Wagoneer comes with rear-wheel drive as standard but also offers the option of all-wheel drive powertrains in the form of Quadra Trac I and Quadra Trac II, which use single-speed and two-speed transfer cases. The most advanced AWD option is the Quadra Drive II, which comes with an electronically-controlled limited slip differential. The Grand Wagoneer gets the Quadra Drive II as standard with air springs (optional on the Wagoneer) that raise its height by 3.6 inches. With AWD, the two cars get hill descent control and five terrain modes: auto, sport, rock, snow, and mud/sand.