This sub-4 metre MPV gets up to four options to choose from. Here’s a detailed look at them 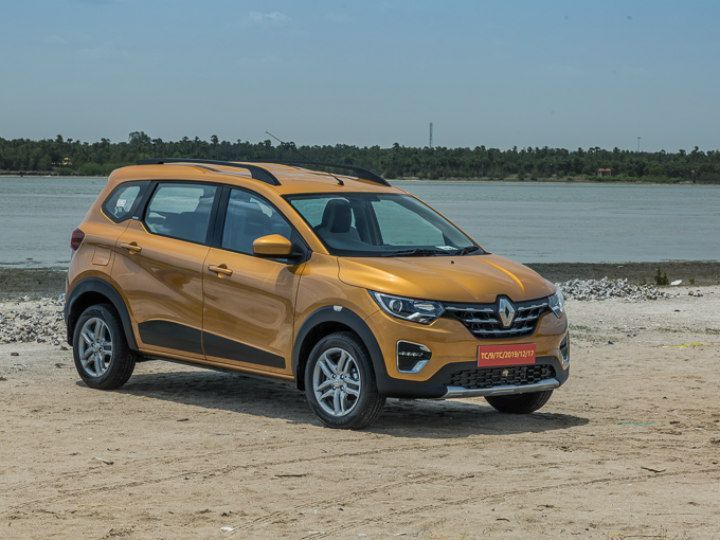 Renault has finally launched the Triber MPV in India at a starting price of Rs 4.95 lakh, going all the way till Rs 6.49 lakh (ex-showroom India). The new MPV incorporates a niche design, being a 7-seater as well as offering a plethora of practical features, all under a sub-4 metre footprint. Powering the new MPV is a 1.0-litre 3-cylinder Energy motor with Dual VVT. It delivers 72PS of power and 96Nm of torque mated to a 5-speed manual and front-wheel drive. An AMT will be offered at a later stage. Claimed efficiency figures are 20kmpl and 20.5kmpl for the AMT.

The MPV is available in four trim options: RXE, RXL, RXT and RXZ. Out of all these variants, which one would be the ideal pick? Here’s a detailed look at what each variant has to offer.

This variant is the most bare-bones variant offered in the Triber lineup. Standard feature highlights include projector headlamps, steel-pressed rims, LED instrument cluster, the Easyfix third row seats as well as dual airbags at the front. However, the MPV misses out on key features like the second and third row AC vents, chrome front grille and the 8.0-inch touchscreen infotainment system present in higher-spec variants.

Other misses include a cooled storage unit, dual-glove compartment, roof rails, LED DRLs, front and rear skid plates as well as two more airbags available in higher variants. The RXE is the preferred choice if you are on a tight budget and looking to go for a simplistic buy.

The second variant in the Triber lineup retains all the features from the RXE and gets additional bits that include second and third row AC vents, chrome front grille, cooled storage unit and an R&GO music system with Bluetooth connectivity.

The RXL does miss out on key features like roof rails, front and rear skid plates, keyless entry, two more airbags, dual glove box and the infotainment system. While the RXL is a decent upgrade from the RXE, it still misses out on some important premium bits available in the higher-spec variants.

This variant of the Triber finally represents something akin to a high-end trim of the MPV. Aside from the features available in the RXL, the RXT gets a number of premium additions that include a dual glove box,  and the 8.0-inch touchscreen infotainment system with Apple CarPlay and Android Auto compatibility. Other additions include roof rails as well as front and rear skid plates.

The second highest variant misses out on features like LED DRLs, keyless entry, push button stop/start, additional airbags as well as alloy wheels. In the end, the RXT gets a decent jump in premium features offered for the Triber

We finally head to the creme de la creme of the Triber trims, the RXZ. Aside from premium features like the touchscreen infotainment system and dual glove box, the top-spec variant gets keyless entry, push button stop-start, a total of four airbags and swanky set of 14-inch alloy wheels. It also features a reverse parking camera, front tweeters, rear defogger with wash and wiper and even a charging socket for the third row.

We do believe that the Triber has been priced aggressively and importantly, the price jump between variants isn’t too steep either.

With the Triber being a unique offering in the country, it doesn’t have any rivals in the current scenario. However, it will face compete against hatchbacks like the Maruti Swift, Ford Figo, and the Hyundai Grand i10 Nios. Do let us know which variant of the Triber makes the most sense to you. Also do stay tuned for our in-depth first drive review.