The Renault Triber Is A ‘Safe’ Bet On A Budget

It’s now the safest Renault model in India on paper 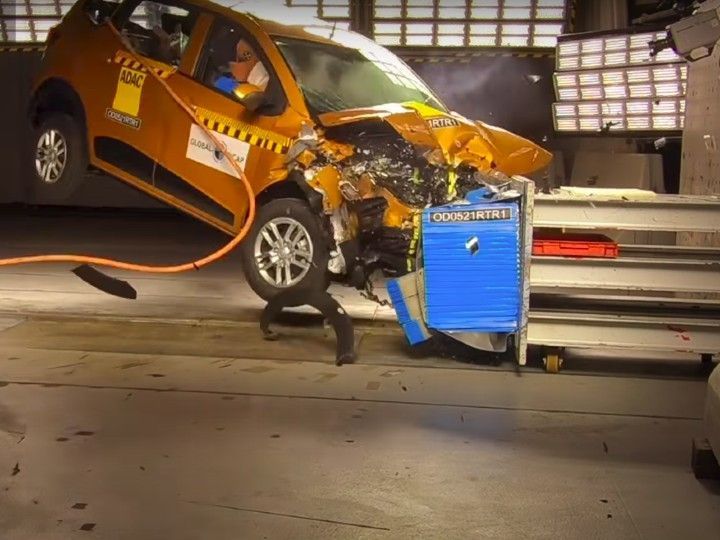 Renault finally seems to be turning a corner on safety, with its Triber MPV awarded an impressive four-star safety rating in the latest round of Global NCAP crash tests conducted under the #SaferCarsForIndia campaign. This makes the Triber the safest model in Renault’s lineup by quite some margin over its other offerings.

The MPV was tested in its most basic safety specification with two airbags, seatbelt reminders, load limiter + pretensioner (driver only), and ABS with EBD at speeds of 64kmph as per Global NCAP standards. It scored 11.62 out of 17 in Adult Occupant Protection (AOP), with protection for the driver’s and co-driver’s head and neck rated good.

While chest protection was marginal for the driver, it was decent for the co-driver. It did lose some points due to marginal driver knee protection. The footwell area was also rated stable, but the bodyshell was unstable as it couldn’t withstand further loadings. Nonetheless, it is still a strong score for a Renault model in India.

In Child Occupant Protection (COP), the Triber managed to score 27 out of 49, equivalent to a three-star rating. In this test, a forward-facing child seat for a three-year-old dummy, installed with adult seatbelts, wasn’t able to prevent excessive forward movement during the impact. Chest protection was only average, with head protection rated low due to exposure during the crash. That being said, the rearward-facing child seats, installed for an 18-month-old dummy, offered full protection to the occupant. While you can install a child seat in the rear, the Triber misses out on ISOFIX anchorages, resulting in a three-star safety rating.

The higher variants of the Triber get additional safety features, such as four airbags, speed sensing door lock, impact sensing door unlock, and a rearview camera. It utilises a 72PS/96Nm 1.0-litre naturally aspirated petrol engine that drives the front wheels via 5-speed manual or AMT.

This four-star safety rating makes the Renault Triber a ‘safe’ bet in India in an affordable price range of Rs 5.30 lakh to Rs 7.82 lakh (ex-showroom). While it is a direct rival to the Datsun GO Plus, it can also be an alternative to the Maruti Suzuki Swift, Ford Figo, and Hyundai Grand i10 Nios.