The New Scorpio facelift gets a refreshed front fascia along with an uprated 2.2-litre diesel engine 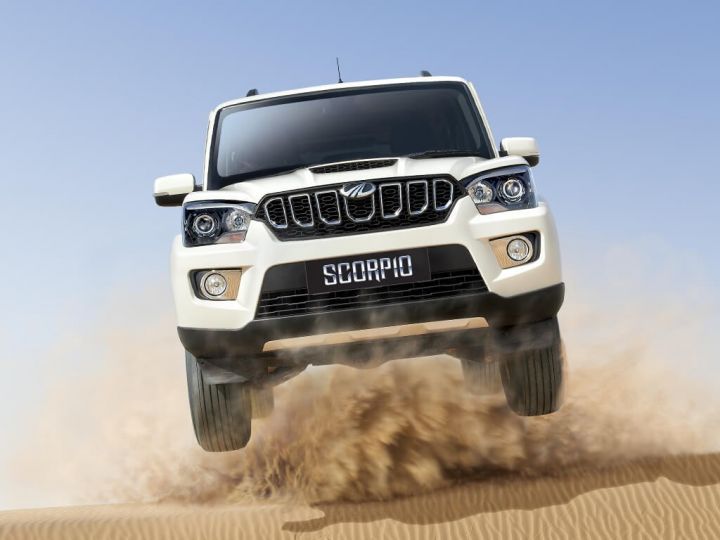 Mahindra has finally launched the Scorpio Facelift in India. The prices for the same start from Rs 9.97 Lakh (ex-showroom, Delhi), which is a Rs 4,000 hike from the older model.  The top variant has witnessed a hike of half a lakh.

Now let’s find out what the new Scorpio facelift has on offer. Talking about the design, it looks quite similar to the older version. At the front, it gets a new 7-slot grill flanked by refreshed headlamps with projector units. Front bumper is also redesigned and now houses larger air dams and fog lamps. The side and rear profile remain intact but they do get some subtle changes like the modified body cladding, 17-inch alloy wheels and a set of LED tail lamps at the rear. The tailgate is also resigned, now it looks cleaner ditching the plastic cladding.

Inside the car, the story remains the same. The cabin is similar to before as it continues to get that light-dark theme. The infotainment system is still the same 6-inch which supports smartphone connectivity via Bluetooth but misses on Android Auto and Apple CarPlay. Other features on offer include automatic climate control, cruise control, automatic projector headlamps and wipers and a tyre pressure monitoring system. On the safety front, it gets a pair of airbags at front along with ABS, EBD, digital immobiliser, speed alert and a reverse parking assist system.

The new Scorpio facelift is powered by the same 2.2-litre mHawk diesel engine but now it produces 140PS of power and 320Nm of torque which is a good 20PS and 40Nm more than the older version. Power is sent the front wheels by a 6-speed manual transmission. It also gets four-wheel drive option with the shift on fly feature. The 2.5-litre m2DICR diesel motor still powers the base variant. The 1.99-litre diesel motor is still available in Delhi NCR. It is available in the following tunes.

With the facelift, it will be interesting to see if the new Scorpio has got enough to compete with SUVs like the Tata Safari Storme along with compact SUVs like the Hyundai Creta, Renault Captur and the Renault Duster.