Mahindra’s Stalwart SUV Has Been Rejigged As The Scorpio Classic 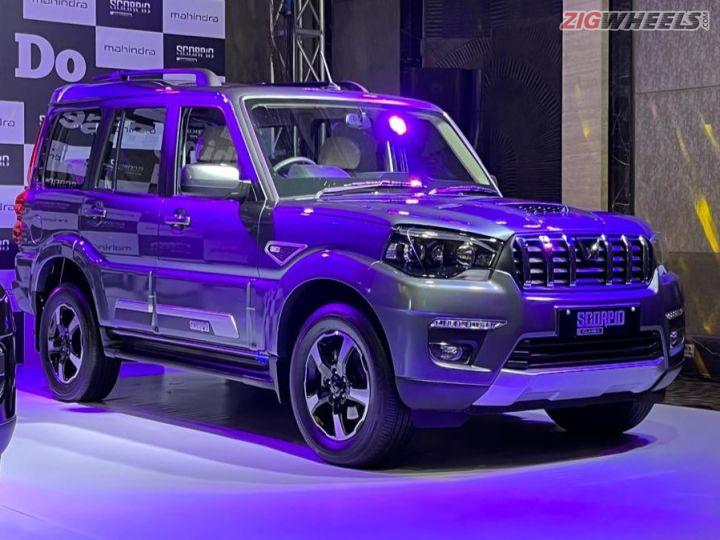 The Scorpio N’s predecessor has been rebooted as the Mahindra Scorpio Classic. It gets a mild facelift, a single diesel-manual powertrain and new 9-inch infotainment screen. The new Scorpio Classic is expected to undercut its predecessor that retails between Rs 13.3 lakh and Rs 18.18 lakh (ex-showroom). Its prices will be announced on August 20.

As before, the Scorpio Classic is an alternative to the Kia Seltos, Hyundai Creta, Tata Harrier and Skoda Kushaq.

At the front, the Scorpio Classic is instantly distinguishable from its predecessor with its revised front grille that houses the Mahindra twin peaks logo and new bumper with LED DRLs. It has 17-inch diamond-cut alloy wheels and resurrects the Christmas-tree taillight design of previous Scorpio iterations.

The interior of the new Scorpio Classic is largely unchanged, but it features a black-and-beige colour theme, gloss black trim piece on the steering wheel and wood finish on the centre console. A new 9-inch Android Auto and Apple CarPlay-enabled touchscreen replaces the older 7-inch unit. Features such as automatic climate control, cruise control and a rear parking camera are present as well.

Mahindra says it has improved the Scorpio Classic’s steering system and suspension for better maneuverability, handling and comfort.

The updated Scorpio Classic gets a single engine option with the new 2.2-litre all-aluminium diesel engine from the Mahindra Thar and base-spec Scorpio N under the bonnet. It’s tuned for 132PS and 300Nm in the Classic, and Mahindra claims it’s 14 per cent more fuel efficient than the older Scorpio’s engine.

As standard, the Scorpio Classic has a 6-speed manual gearbox on both variants; automatic and four-wheel drive options are reserved for its newer-generation sibling, the Scorpio N.

The new Scorpio Classic improves upon the old Scorpio’s formula with its revised engine. It’ll continue to appeal to long-standing fans and buyers of the older Scorpio as well as those looking for a more affordable but similarly rugged alternative to the Scorpio N.