Will adopt a few bits from Mahindra’s latest design philosophy 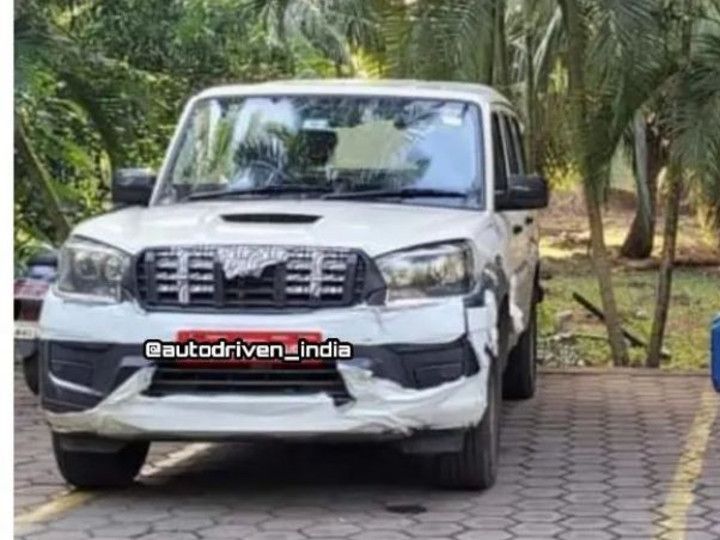 The Mahindra Scorpio N has stolen the limelight and rightfully so, as it will be launched on June 27. But, we do know that its predecessor will continue to be loved, since it will continue to be on sale, but with some revisions and with a new name, the Scorpio Classic.

After having been spotted multiple times, the Scorpio Classic has made an appearance again, this time shedding a bit more camouflage and revealing more changes than was originally anticipated.

The model spotted was parked alongside the Scorpio N. So, it's quite easy to tell the changes the Scorpio N gets over its predecessor, which are evolutionary in nature. But, the Scorpio Classic will be getting a few extra touch-ups of its own over the original model starting with the front grille now and new logo in line with Mahindra’s new styling philosophy. More notably, the front bumper will also have a revised design.

Keep in mind that the model spotted seems to be a lower-spec variant so there could be a few more changes on offer. That being said, what isn’t changing is the headlight design as well as the alloy wheels.

We’re yet to have a look inside, but we think the Scorpio Classic will remain largely unchanged, retaining bits such as steering-mounted audio controls, a multi-info instrument cluster, a touchscreen infotainment system, climate control, cruise control, and keyless entry. What will likely be different is new upholstery options and a couple of new bits.

Powering the Scorpio Classic will be the same 120PS 2.2-litre diesel engine, limited to a manual gearbox. On the other hand, the Scorpio N will come with a 2.2-litre diesel engine in two states of tune as well as a 2-litre turbo-petrol mill. We’ve recently got dope on what each engine will be capable of and which gearbox it’ll be paired to, which you can check out in our exclusive report.

We don’t have a launch date yet for the Scorpio Classic, but it should happen soon. It will retail below the Scorpio N, whose prices are slated to start from Rs 12 lakh (ex-showroom). The Scorpio N will be an alternative against the Tata Harrier, Hyundai Creta and Alcazar as well as the Volkswagen Taigun.