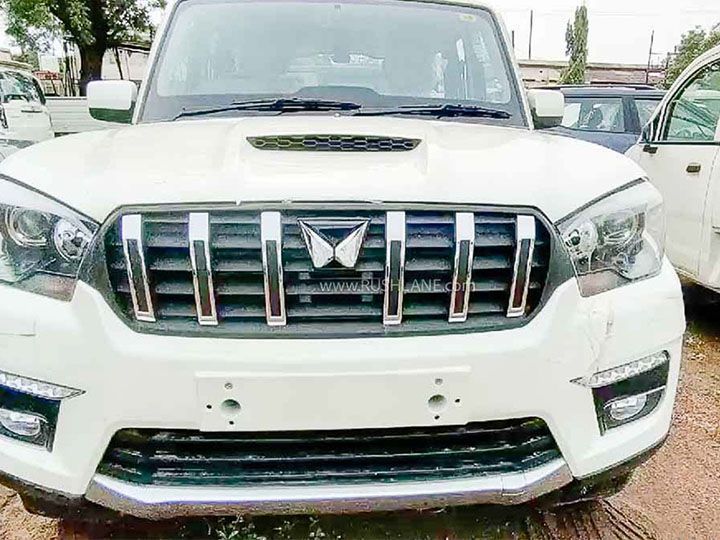 Mahindra is set to reintroduce the existing Scorpio as the ‘Scorpio Classic’ soon. The SUV has been spied again, this time in both its base- (S) and top-spec (S11) variants. And considering that the SUV has reached select dealerships, its launch seems imminent.

From the latest spy shots, we can see the revised exterior and interior of the SUV. Mahindra has provided the Scorpio Classic with a revised grille featuring Mahindra’s new ‘Twin Peaks’ logo and vertical chrome slats, flanked by projector headlights. The front bumper has been redone as well and gets new housings for the fog lamps along with LED DRLs.

In profile, it gets side cladding and 17-inch dual-tone alloy wheels. At the rear, the spied model had the new Mahindra logo on the tailgate and body-coloured bumper. The LED taillights, however, are the same as seen on the existing Scorpio.

Inside, the Scorpio Classic was seen with a two-tone black and beige cabin theme, with faux wooden inserts on the dashboard. You can spot the carmaker’s new logo on the steering wheel and a ‘Scorpio Classic’ badge on the passenger side of the dashboard. The spied top-spec variant was seen with side-facing jump seats in the last row, indicating that it was a seven-seater model.

Mahindra has equipped the SUV with a new 9-inch touchscreen system (likely with wireless smartphone connectivity), auto AC and steering-mounted audio controls. The instrumentation, however, has been carried forward from before and makes do with just a set of analogue dials.

The base-spec variant spied alongside the range-topping model had black bumpers, door handles, steel wheels, and the ‘Scorpio Classic’ badge on the bootlid. Although its cabin features the same black and beige theme, it did miss out on auto AC, steering-mounted controls, and the touchscreen unit.

Powering the Scorpio Classic will be the Scorpio N’s 132PS/300Nm 2.2-litre diesel motor. It will come with a 6-speed manual shifter driving the rear wheels. The Classic won’t get the option of 4WD, unlike the Scorpio N.

Mahindra will likely price the Scorpio Classic from Rs 12 lakh (ex-showroom) onwards. It will continue to be a rugged alternative to the likes of the Hyundai Creta, Skoda Kushaq, MG Astor, and Tata Harrier.