The SUV will be sold alongside the Scorpio N, but will get a name change 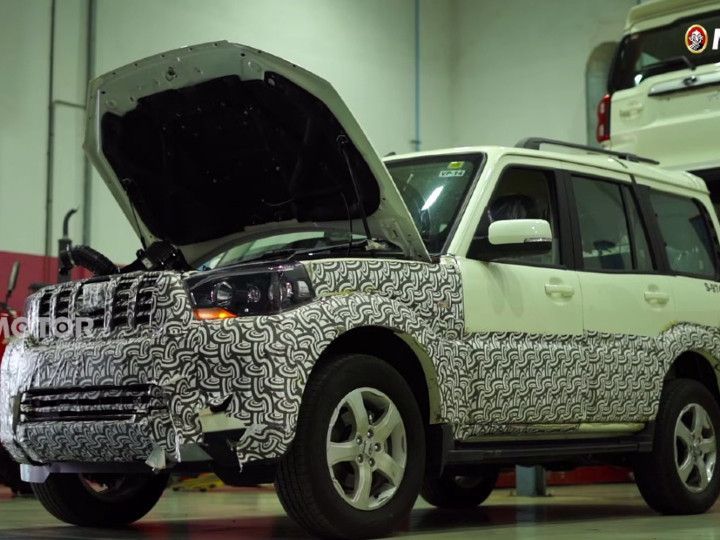 With the next iteration of the Mahindra Scorpio, the Scorpio N, ready for launch on June 27, we know that the existing model will live on as the Scorpio Classic. Earlier spy shots revealed minor changes to the older SUV, but the latest pictures reveal that the SUV will borrow some bits from its successor.

While the spotted Scorpio Classic still had some camouflage, it can be clearly seen that there’s a new front grille on board which is Mahindra’s new styling philosophy also present on the Scorpio N and the XUV700. In addition, there’s the new Mahindra logo, while the alloy wheels and projector headlamps look to have been retained and only minor revisions expected on the bumpers.

Under the hood, the Scorpio Classic should get the lower-spec 2.2-litre 120PS/280Nm diesel powertrain, paired with a 5-speed manual transmission. The new Scorpio N, on the other hand, will get 130PS and 160PS diesel engines as well as a 170PS 2-litre petrol engine. It’ll be offered with a 6-speed manual transmission as standard, and automatic options will be available with both engines.

The Mahindra Scorpio Classic will be priced below the Scorpio N which is expected to retail from Rs 10 lakh (ex-showroom) onwards. The latter will take on the Hyundai Creta, Skoda Kushaq, VW Taigun, MG Astor, and Kia Seltos.