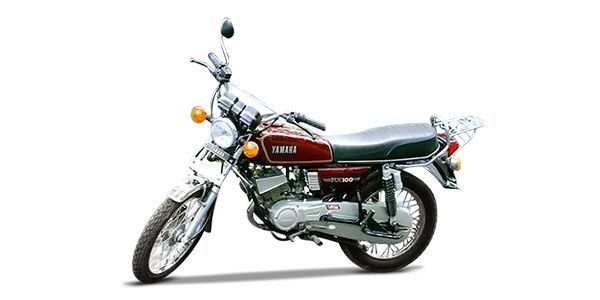 The Yamaha RX100 was undoubtedly one of the most iconic motorcycles to be launched in the country. This bike was responsible for single-handedly changing the way India travelled, while setting a benchmark for two-stroke bikes with its class-leading performance figures. Since its launch in 1985, it more or less ruled the two-wheeler market up until 1996, the year Yamaha discontinued it. The Japanese manufacturer was forced to pull the plug on the icon thanks to stringent emission norms enforced by the government, which spelled doom for all two-stroke vehicles on Indian roads.

The RX100 was the result of a radical experiment that Yamaha embarked on to compensate for the RD350’s lack of success in the Indian two-wheeler market. The result was something that even Yamaha couldn’t have anticipated, helping the RX100 became the legend that it is today. In fact, many enthusiasts are still willing to pay a bomb for a well-maintained example.

The RX100 was powered by an air-cooled, 98cc, single-cylinder motor that produced 11PS @ 7500rpm. The company also claimed a 0-60kmph time of 7.5 seconds. Its impeccable reliability and the affordability factor made the Yamaha RX100 a no brainer for enthusiasts back then. In fact, it was one of India’s best-selling two-stroke machines until Yamaha replaced it with the RX-G.

Now, rumours of Yamaha reviving the iconic name, albeit with a four-stroke engine, has given hope to many enthusiasts across the country. However, there is no official confirmation from Yamaha so far. So, until we get some concrete details, all we can do right now is to wait and hope for the RX100 to make a comeback and once again redefine the commuter segment in India.