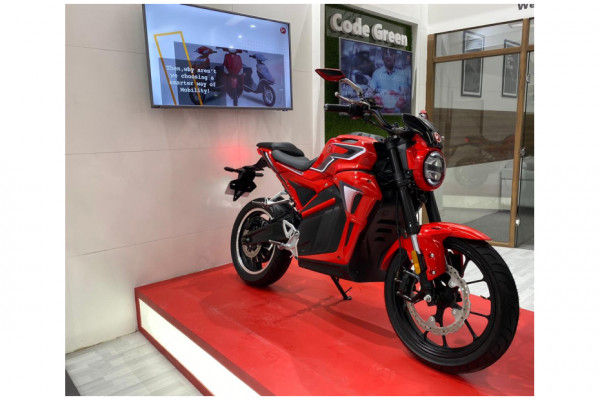 Hero Electric unveiled its first electric motorcycle called the AE-47 at the 2020 Auto Expo. The motorcycle is compact like the Revolt RV400 but gets a neo-retro design. It gets a host of features such as USB charger, cruise control, 2 ride modes, walk and reverse assist, geo-fencing, GPS, SIM and Bluetooth connectivity with app support.

The Hero Electric AE-47 is powered by a 4kW electric hub motor. Hero claims that the motorcycle can accelerate from 0-60kmph in 9 seconds and has a top speed of 85kmph. The motorcycle gets a removable 3.5kWh lithium-ion battery pack. Claimed range is 165km in Eco mode and 85km in Power mode. The battery can be fully charged in four hours.

The AE-47 will be launched later this year. Pricing is expected to be in the region of Rs 1 lakh which is around the same price as its competitor, the Revolt RV 400.

Hero Electric AE-47 E-Bike is going to launch in India with an estimated price of Rs. 1 Lakh