While one gets a naturally aspirated motor with a higher displacement, the other has a turbocharger. Which one’s the better petrol-manual setup? 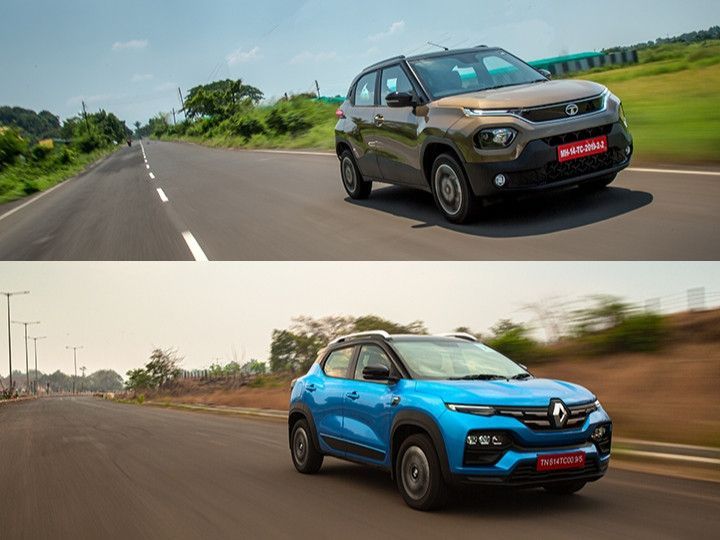 The Tata Punch and Renault Kiger are two similarly priced SUVs. But besides that, there are a couple of things common between the two. Both are petrol-only offerings, paired with a 5-speed manual as standard. The question is, which is the better petrol-manual combination of the two?

We find out in this comparison:

While the Punch’s petrol engine has a slightly higher displacement than the Kiger, the latter has a turbocharger. On paper, it is the Kiger that holds a 14PS/47Nm advantage over the Punch. So does this theoretical advantage translate to real life? We got out the VBox to see that for ourselves.

The Punch’s lack of grunt does affect its performance; the micro-SUV is slower than the Kiger while accelerating from a standstill and flooring when in motion. In fact, the difference could be more significant, considering the Kiger was tested in less-than-optimal conditions.

Taking everything into consideration, if you’re willing to sacrifice some performance and frugality for a more affordable offering, the Punch is the better pick. The fact that this petrol-manual setup is offered in all four trims is undoubtedly a plus. On the other hand, if you are okay shelling out more for improved performance and frugality, go for the Kiger. That said, remember that the petrol-manual combine is offered only in the Kiger's RXT and RXZ trims.