VW has laid its chart with a host of new product launches under the SUVW strategy. The Vento’s successor is likely to arrive this year as well 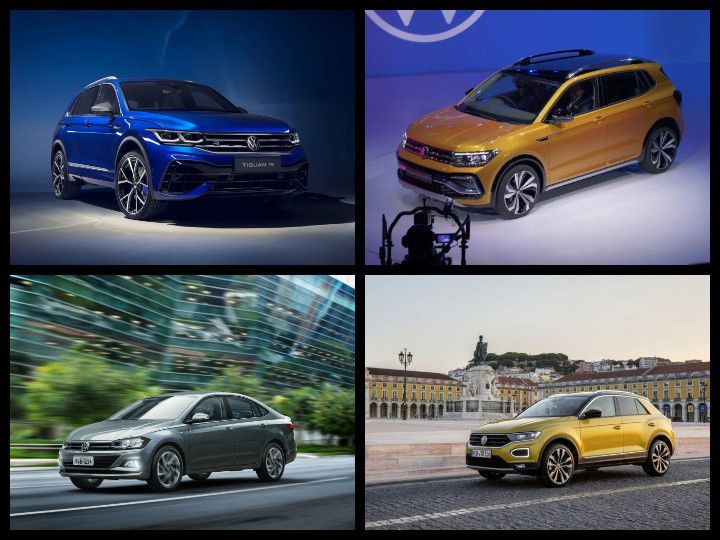 Volkswagen India had invited us for their meet and greet, where it revealed its plans for 2021. It made significant announcements regarding future launches, which include the made-in-India Creta-rivalling Taigun. VW also gave us updates about the T-ROC and the 5-seater Tiguan’s future in the country. Scroll down to have a read:

T-ROC To Be Back On Shelves Soon

The fully imported T-ROC, which was sold out by September 2020, will be back on shelves later this year. It will fill the gap between the upcoming Taigun and Tiguan in the country. It will continue with its 1.5-litre TSI petrol engine that comes mated to a 7-speed dual-clutch automatic transmission. We expect a slight price hike from the previous lot, which was launched at Rs 19.99 lakh (ex-showroom).

5-seater Tiguan To Come Back In A Facelifted Avatar

The 5-seater Tiguan, which was discontinued during the transition to BS6 emissions, will come back in its facelifted avatar that debuted in July 2020. It remains to be seen if VW will locally assemble the Tiguan or not, but it will have one big difference. It is likely to come with a 1.5-litre TSI petrol engine instead of the 2.0-litre TDI diesel that powered the outgoing model. Moreover, the 5-seater model will coexist with the larger 7-seater Tiguan Allspace.

The Tiguan could be priced around Rs 25 lakh (ex-showroom), putting it in the league of the Skoda Karoq, Hyundai Tucson, the facelifted Jeep Compass, and the upcoming Citroen C5 Aircross. Click here to know more about the facelifted Tiguan.

Volkswagen’s most important launch of this year is, however, the made-in-India Taigun. The Creta-rivalling SUV is likely to reach showrooms by mid-2021. It will be offered with two turbo-petrol engines -- a 1.0-litre TSI (with 6-speed manual and torque converter automatic) and a 1.5-litre TSI (with a 7-speed DSG). Since this is a locally manufactured SUV, VW India has hinted at a possibly higher price. We expect it to retail between Rs 10 lakh and Rs 17 lakh (ex-showroom). Click here to know more.

Vento’s Successor To Arrive This Year

The ageing Vento will finally make way for its successor later this year. The Virtus, equivalent to the Vento in international markets, has been spotted testing in the county. It remains to be seen if VW would christen its successor Vento or not. The upcoming model will be based on the MQB-A0-IN platform and will utilise the 110PS 1.0-litre TSI petrol engine. We expect it to launch by the end of 2021, with prices likely to start around Rs 9 lakh (ex-showroom).

Now that VW will have an updated portfolio by the end of this year, the manufacturer could get a better grasp of the Indian market. VW, we have just one more request -- please bring the new Polo soon!