The Volkswagen T-Roc will be the German carmaker’s first car launch in the country under the India 2.0 strategy 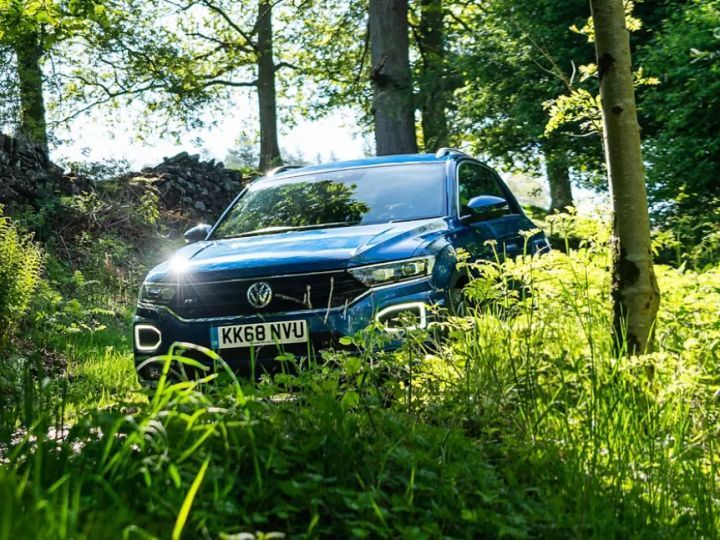 Volkswagen India has been on silent mode for a while now as it was updating its cars with facelifts and special editions rather than model updates. Come 2020, though, the carmaker has planned a slew of launches under its India 2.0 strategy. Volkswagen has merged with Skoda India to form Skoda Auto Volkswagen India, which will soon launch a new compact SUV. But before that, the first all-new VW under India 2.0 will be the T-Roc that’s expected to debut at the Auto Expo 2020. The T-Roc is a Jeep Compass rival that’s available in international markets. Initially, VW will bring the SUV through the CBU route. It is also expected to come with BS6-compliant petrol and diesel engines, with prices pegged to start at Rs 17 lakh.

Visually, the T-Roc is a smart-looking SUV that comes injected with VW’s understated styling. The front-end is dominated by a three-slat honeycomb mesh grille that are flanked by projector LED headlamps. Below them are the LED DRLs that surround the air dams. In profile, the T-Roc comes with body cladding that gives it a rugged yet premium look while you get 16 -18 inch wheels depending on the variant. At the rear, the T-Roc comes with LED tail lamps and a sporty rear bumper tops the look.

Inside, the T-Roc comes with a minimalist dashboard that looks familiar to the bigger Tiguan thanks to the climate control knobs and the 8-inch touchscreen infotainment. It also comes loaded with features like connected-car tech, Android Auto and Apple CarPlay, digital driver’s display, heated and powered front seats, dual-zone climate control, sunroof, lane departure warning as well as a Beats sound system.

Internationally, the T-Roc is available with a plethora of diesel and petrol engine options. For India, expect the T-Roc to come with a 1.5-litre TSI EVO engine and the tried and tested 2.0-litre TDI unit, both BS6 compliant. While both engines develop 150PS of power, the diesel engine makes 350Nm of torque, 100Nm more than the petrol variant. Both engines are expected to come with 6-speed manual and 7-speed DSG options. And just like the Tiguan, the diesel engine could get 4MOTION all-wheel drive system.

Volkswagen will initially bring the T-Roc as a CBU as the central government’s program allows manufacturers to import 2,500 units without homologation. This means it is expected to  come with a premium price tag in the range of Rs 17 lakh to Rs 20 lakh (ex-showroom). At this price point, the T-Roc’s primary rival will be the Jeep Compass. Apart from the T-Roc, VW, along with Skoda India is working on a compact SUV that’s also expected to debut at Auto Expo 2020.